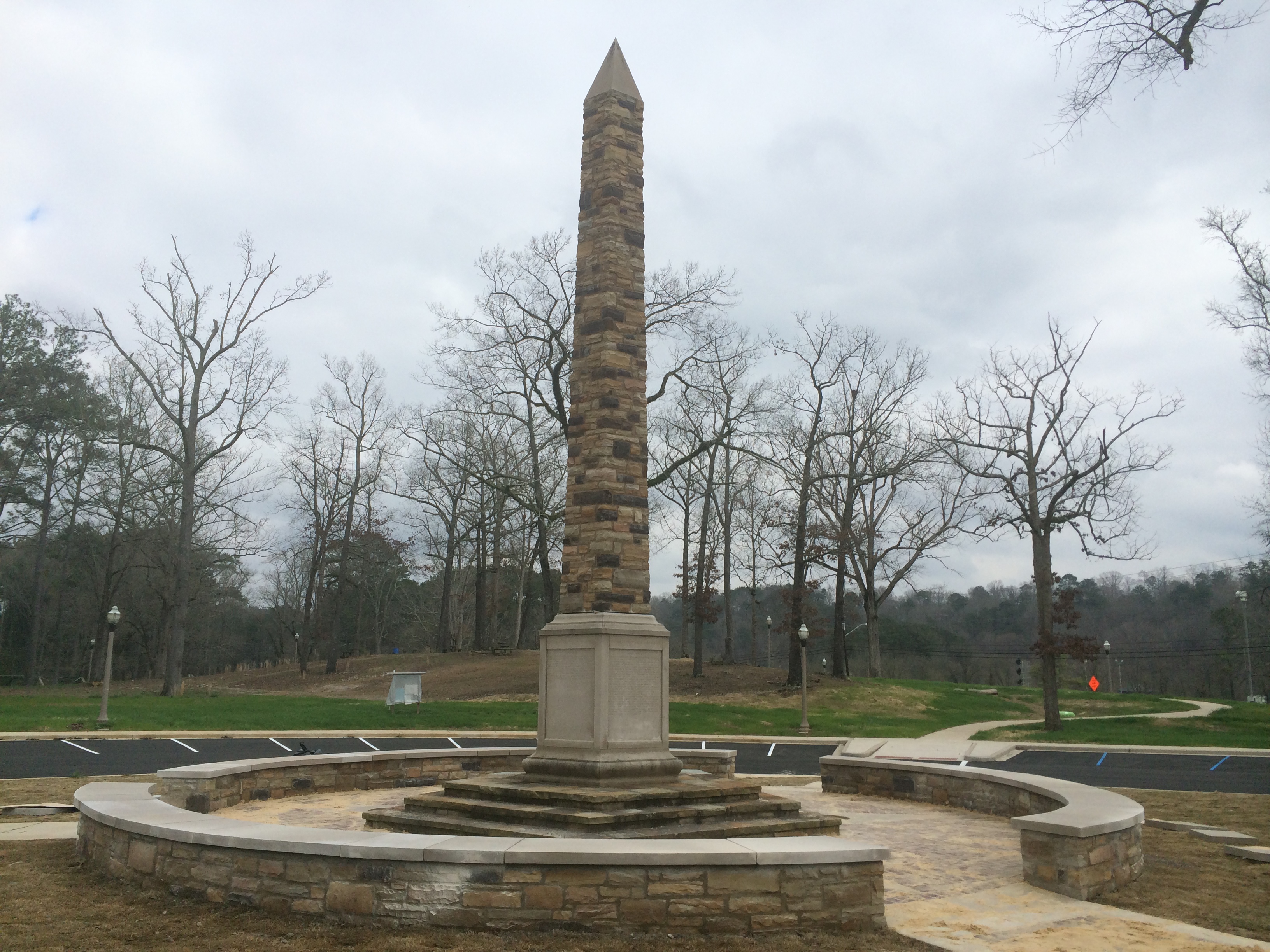 Trussville’s Veterans Memorial will be dedicated during a ceremony scheduled for Memorial Day, May 25. photo by Gary Lloyd

VIDEO: See the progress that’s been made at the Veterans Memorial Monument in Trussville.

Porter said if all the work is completed, the city is hoping to hold a dedication ceremony of the monument on Memorial Day, May 25.

The first phase of work includes finishing the parking lot and landscaping around the Veterans Memorial Monument on the Civitan Park side of the Cahaba River. This work was let for bid May 30, 2014, and Walker Patton Contracting was the low bidder, coming in with a bid of $388,248.22. Work on the phase began in August 2014.

Part of Civitan Park is included in Phase 2 of the project, which includes the rest of the site, including linking the greenway from Civitan Park to the Trussville Sports Complex along the Cahaba River.

Trussville Mayor Gene Melton has said he’s trying to push the Alabama Department of Transportation for the Phase 2 plans so that the job can be let for bid near the end of spring or beginning of summer.

The Civitan Park greenway project was divided into two jobs in November 2013.