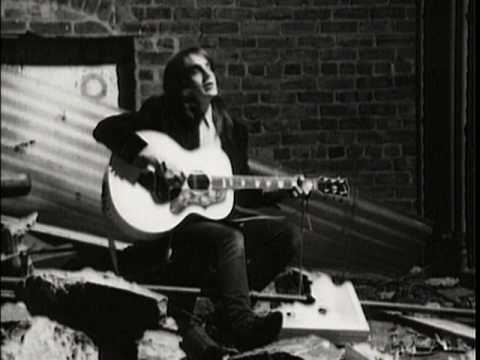 Drivin’ N Cryin’ has been at it for 30 years. It’s always been Kevn Kinney and Tim Nielson, but the rest of the band has been a rotating cast, which has included Jeff Sullivan, Buren Fowler, Sadler Vaden and Aaron Lee Tasjan, among many others. They’ll bring Warner Hodges from Jason and the Scorchers out with them this year.

Before the Birmingham stop, Kinney spoke to Weld about the history of the band, its unique sound and a memorable night at The Nick.

Weld: This tour is your 30th anniversary tour. Does it seem like that much time has passed?

Kevn Kinney: I don’t know. [Laughs] We’ve never stopped working, so it’s still year one. I don’t know! It seems like it’s been more than five. [Laughs] After the fifth anniversary, it’s just, “Yeah, whatever.”

It’s part 30th anniversary tour, it’s part – we released these EPs last year, and we have a vinyl coming out on it. It’s not a retrospective show. It’s Drivin’ N Cryin’. It’s what’s happening. It’s a lot of new songs and the classic hits. It’s not really our 30th anniversary until fall. It’s a kickass Drivin’ N Cryin’ show. With Warner Hodges, it’s a special show. We have Warner Hodges on guitar from Jason and the Scorchers – that’s kind of cool.

Weld: So the new full length is a compilation of the EP series?

KK: Yeah. The vinyl is the best-of — all of the songs that we play live, basically, will be out later this month on Plowboy Records out of Nashville. We’re pretty excited about it. The EP thing was really great. Our friend Sadler Vaden, who plays with Jason Isbell now, helped me record and write a lot of it. He plays guitar on it. It was a really refreshing deconstruction of Drivin’ N Cryin’ — it separated all of our influences into four different — psychedelic is one, there’s a punk rock one, there’s a Southern kudzu circuit one and the last one is kind of who we are looking to the future.

We’ll be featuring that record. And of course we’ll always play “Straight to Hell” and “Honeysuckle” and all that stuff.

The formal 30th anniversary tour, we may bring back the original three-piece and do Scarred But Smarter for a portion of the show, or something like that. That’s what we’re planning on doing in the fall. We’d like to come back in the fall and play some places, but I’m not sure what cities will be on that tour.

Weld: Well, we’d love to have you twice this year!

KK: We would probably do that one at The Nick or something. We’re old school, you know what I mean?

Weld: So you’ve spent a lot of time at The Nick?

KK: We did! [Laughs] We got that merit badge!

Weld: What is the wildest night that you’ve had at The Nick?

KK: Well, I don’t know if I can remember it. It probably wouldn’t have been the wildest night if I could remember it. [Laughs]

I remember me and Peter Buck had a sold-out show there. That was pretty cool. I remember it was during an election year — probably ’88. I remember one of the Bushes was in office and I was mouthing off. I thought that people cared about what musicians thought about politics, which is totally untrue. Back then, I did. It was a really great show, and I was standing outside smoking and this guy comes up and goes, “That would have been a great show if you had just shut up about politics.”

That’s what I remember the most about The Nick. I was like, “You know what? That guy’s right. They’re not coming to hear me. They are here to hear ‘Straight to Hell.’ Just shut up.” So I had an epiphany moment. I didn’t have a wild night, but I did have an epiphany moment at The Nick. [Laughs] I don’t know if that counts.

Weld: You mentioned Sadler. Is he done with you guys or will he play with you again?

KK: If he calls me tomorrow and wants to play, he’s always welcome to play. It’s based on his schedule. Anybody who has ever played with us is always welcome to come and sit in or play at all times. We’ve never had anything but amiable — most of the time when people move on, they got a different job. Our drummer —Jeff Sullivan — he was with us for a while. Then he took a break because he was doing something different. Then he came back with us. Then he got hired by DreamWorks. He does computer animation for Shrek and Kung Fu Panda and all that stuff. They moved him out to Hollywood, so that’s why he had to quit. When our guitar player, Buren [Fowler], passed away, we had the full, everybody who ever played with us played with us.

But yes, I love Sadler Vaden to death. And he is always welcome. When you’re in a band like ours, we’re honored to be a steppingstone for a lot of people to move on and do other things. He’s playing sold-out shows. He’s on TV. It’s awesome. “Hey, Sadler’s on TV!”

Weld: A couple of years ago, I saw you do a solo set in Athens. Peter Buck was also on the bill. Have you ever considered new collaborations with Peter?

KK: Me and Peter are constantly doing projects together, so yeah. We just redid McDougal Blues, called McDougal Blues Revisited. We did a five-song EP for that show. And I just went to Portland and recorded another six songs that he is going to put stuff on. It’ll be another record on Mississippi Records maybe out next year.

Peter is not only one of my best friends, but he’s also a very important musical influence on everybody. I just spent two weeks in Mexico doing this benefit that he does. It was me and The Jayhawks and Peter and Steve Wynn from Dream Syndicate and Dawes and Conor Oberst and Drive-By Truckers and Ed Kowalcyzk from Live and Chuck Prophet, Joseph Arthur. We do this thing down there. It’s awesome — a little rock festival. We just got back from that about a month ago.

Weld: I’ve noticed a trend of bands and artists that played punk rock when they were younger that are transitioning to a more folk or Americana sound now. You guys have always done both at the same time. How was it that you did both seamlessly?

KK: That was natural to us. We patterned ourselves, in a weird way, after Zeppelin and ‘70s rock. It wasn’t strange to do a bluegrass-esque thing — English bands would do a Celtic thing. Springsteen was always really kind of… When I was a kid, that guy was amazing. He would do really great folk stuff in his set, and he would always do… He’d do Nebraska. On Darkness on the Edge of Town, there’s a folk thing.

We just kind of went to the extreme. We did heavy metal and bluegrass. I guess it always seemed much more like, “What are they doing? Is this a gimmick?”

We used to go see Bad Brains, and they would do this kickass punk rock and then they would do, like, reggae, and it was like, “Wow. That’s cool.” [Laughs]

So we could do our version of that. Let’s do a heavy metal song then let people’s ears rest and give them a folk song. I think I’m catching up to Drivin’ N Cryin’. I think I have seven or eight solo records out. I’ve always kept that as a parallel universe.

Weld: Who are your top five American rock bands of all time?

KK: The Ramones. The Ventures. The Dictators. Grand Funk Railroad. And R.E.M., probably.