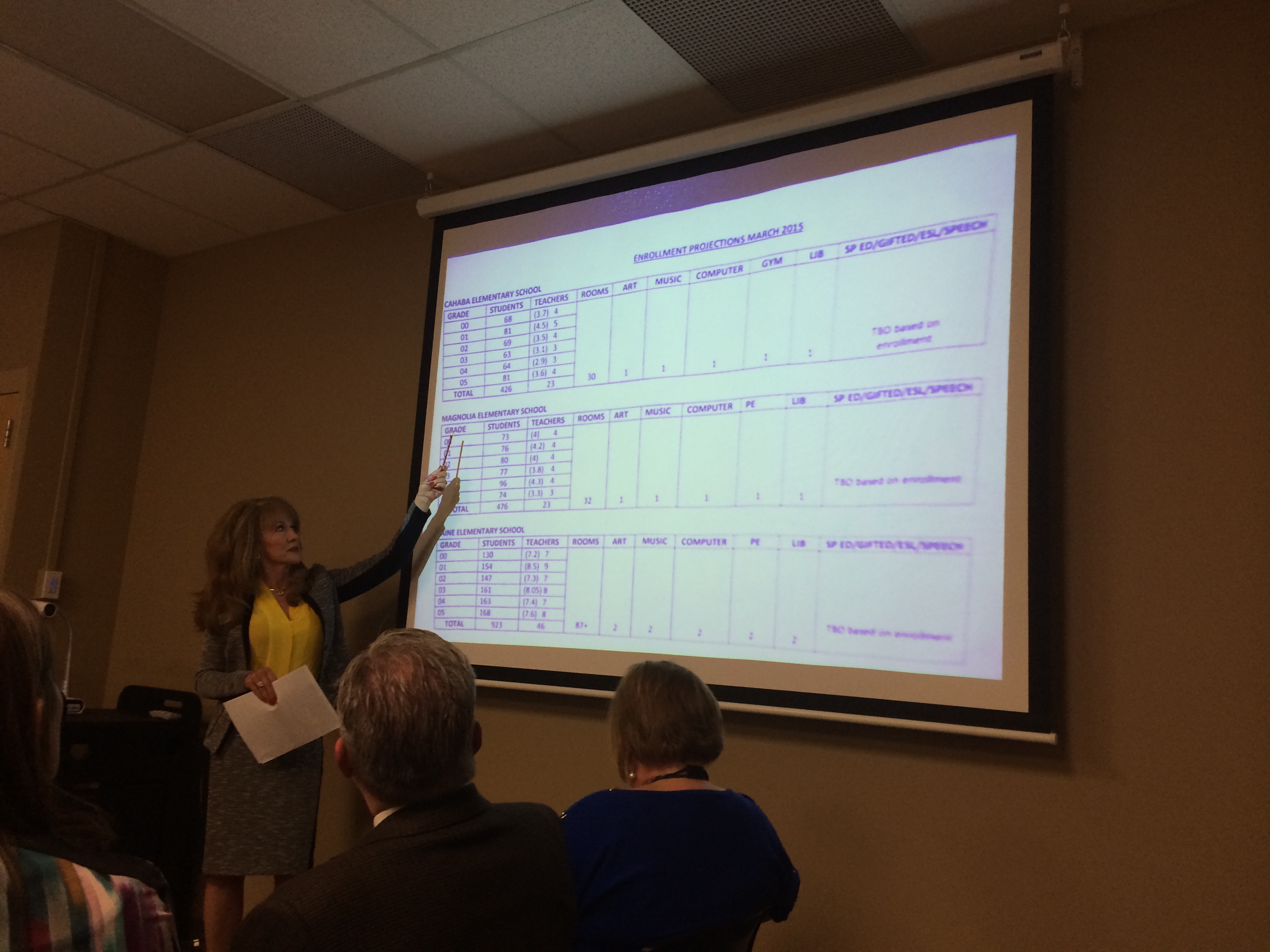 Superintendent Pattie Neill said last week that the two schools could be adjoined in the front or near the outdoor area in the back, depending on where a hardened area — for weather emergencies — will be located.

“This is the idea phase,” Neill said. 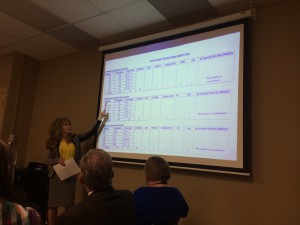 Neill said she and Assistant Superintendent of Business Operations Jim Kirkland have had a meeting with Rick Lathan of Lathan Associates Architects about possible designs. Neill said the future layout of Paine Elementary depends on the hardened area’s location.

“And it depends on the number of classrooms we need with bathrooms and whether or not they are included inside of the hardened area,” Neill said. “At that time, we will have an outstanding layout for Paine Elementary because we need 46 classrooms and we have 70 or 80 that we’ll be able to use. It will be an outstanding problem to have. But there is some anxiety about where teachers’ specific classrooms will be. And I understand that anxiety, but each teacher will have a classroom inside and not in a portable.”

Constructing two new community elementary schools in the Cahaba Project and near Magnolia Place, as well as adjoining the Paine schools, makes for three K-5 schools in Trussville.

Paine Primary School Principal Betsy Schmitt disagreed with the plan to adjoin the schools, saying she believed the seven-millage tax increase Trussville residents voted for in February 2014 meant Paine would have a K-2 building and the other for grades 3-5. She said she didn’t see the “wisdom” in turning two buildings into one. Neill and Trussville City Board of Education members said that the plan all along was to have three K-5 schools.

Neill presented to the board enrollment projections for March 2016 based on today’s numbers. It was a simulation for what the three elementary schools could look like. Based on today’s numbers, the school to be constructed in the Cahaba Project would have 426 students and 23 teachers. There would be 30 rooms at that school.

The school to be built in the Magnolia Place area would have 476 students and 23 teachers. There would be 32 rooms at that school.

“There is room for growth in both of these schools,” Neill said.

Paine Elementary would house 923 students and 46 teachers. There are 87 rooms there, which would be plenty of room to add professional development areas.

By these numbers, all three schools would meet AdvancED Standards for Quality in terms of programs, services and class sizes.

Neill said both options to adjoin the two Paine schools frees up space for professional development and after-school care. The plan is to start the project as soon as possible. The project won’t restage any classroom. There is a year to figure out and solidify the project, and Neill preached patience on what the eventual layout of Paine will be.

The projections don’t take into account portables at the Paine campus, because they’ll be gone in August 2016 when the two new schools open.

“They’re off the board,” Neill said.