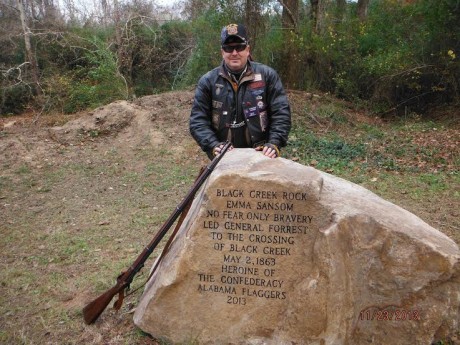 Birmingham immigration attorney Douglas Cooner, who has been disbarred twice in the state of Alabama, was indicted and subsequently arrested last week on charges of unauthorized practice of law, criminal coercion and theft.

Clients who were represented by Cooner said that he stole money from them without any intention to properly represent them during their court appearances.

Attorney Freddy Rubio has been appointed by the Alabama State Bar to act as a trustee for the files and trust account that was seized from Cooner.

“The [Alabama] state bar appointed me to be the trustee for the records he had for his clients,” Rubio said on Tuesday. “They worked in conjunction with the Jefferson County District Attorney’s office because the district attorney wanted to issue an arrest warrant and a search warrant and Jefferson County took possession of the files.

“My task is to return the files to the clients and determine if there are any funds in the trust account to return to them,” Rubio said.

Rubio said he estimates there are 2,500 files from Cooner’s clients that are now in his possession, including seven computers.

The number of clients who claim to have been wronged by Cooner is increasing every day, according to Rubio.

“Since last week, we’ve received dozens of calls every day from people who he used to represent,” he said.

Cooner was originally disbarred in 2010 for allegedly mishandling his uncle’s will, but he appealed the decision and was reinstated — that is until September 10, 2013, when he was disbarred again after the Alabama Supreme Court eventually overturned the decision.

The U.S. Department of Justice sent Cooner a letter on March 14, 2014, informing him that that had also been suspended from practicing before the Department of Homeland Security. The letter reads, “On June 20, 2013, the Disciplinary Board of the Alabama State Bar issued a report and order disbarring the respondent from practice of law in Alabama. On September 10, 2013, the Supreme Court of Alabama affirmed the report and order.

“Consequently, on January 15, 2014, the Department of Homeland Security initiated disciplinary proceedings against the respondent and petitioned for the respondent’s immediate suspension from practice before the DHS.”

Cooner could not be reached for comment after multiple attempts.

Unfortunately the situation with Cooner is not an isolated incident, said Brett Pouncey, a Birmingham immigration and criminal defense attorney. But, he said,  “There are not many people, to my knowledge, that would continue to make money from clients without a license.”

There are a lot of people that think they can dabble in immigration law, but often times aren’t necessarily qualified to do so, Pouncey said.

For immigrants, the process for filing for residency can often be a perilous process because of unscrupulous attorneys looking to cash in on their desperation, Pouncey explained.

“Ideally, I would tell people they need to speak with more than one attorney,” Pouncey said. “If you have an attorney who makes big promises about something, other than what they can personally make a decision on, my advice would be to run away. Unfortunately we’re dealing with a population that is often times very desperate.”

According to the Department of Homeland Security, nationwide between 2009 and 2013, 2,017,790 immigrants were deported. Another 1,787,738 were caught trying to enter the borders of Mexico and Canada and returned to their country. With so many people crossing the borders, it opens the door for predatory lawyers to try and make money off people who have no legal recourse.

Pouncey said that lawyers, especially during hard economic times, will frequently take on cases — not unlike Cooner — where they are either unqualified or have no intention of following through after collecting a retaining fee.

“If you’re representing someone, your first obligation should not be your economic well-being,” Pouncey said. Nevertheless, he said, there will always be unscrupulous attorneys trying to take advantage of immigrants seeking citizenship.

Cooner collected $27,410 in payments from clients who claim he did not provide the services that were agreed upon according to the indictment. One of his former clients, who asked to remain anonymous, provided Weld a copy of a letter Cooner sent his clients after he was disbarred.

The letter, dated Feb. 21, 2014, reads, “It has come to my attention that some persons are passing out documentation or brochures that I am not an attorney or eligible to practice federal immigration law which is the only law that I have practiced for 23 years.

On January 15, 2015, Cooner filed a complaint against the Alabama Bar Association claiming that he was not afforded due process during his disbarment proceedings.

The complaint reads, “Plaintiff has suffered and will continue to suffer the loss of his Alabama law license without the due process of law that is guaranteed him under the Fourteenth Amendment of the Constitution of the United States unless and until he and his counsel are provided notice and an opportunity to be heard by Defendant’s Disciplinary Board.”

Along with the charges of theft and unauthorized practice of law, Cooner was indicted on one charge of criminal coercion after allegedly and “without legal authority, threaten to damage the property or reputation,” of a representative of the Department of Homeland Security.

Cooner has since posted his $210,000 bail and is awaiting his arraignment on May 18.