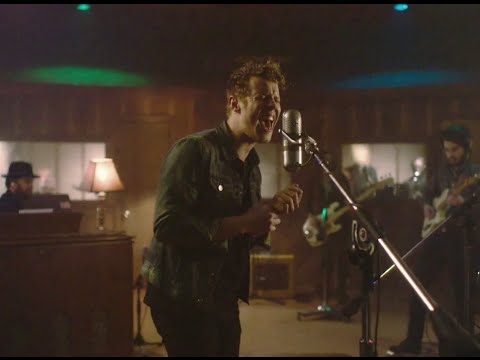 The power of just asking

Anderson East is Athens, Ala.-bred, but he’s spent most of his adult life calling Nashville home. His debut, Delilah, won’t be out until July, but it already has the stamp of approval from Nashville producer Dave Cobb. On top of that, East has already been on the road with country artist Holly Williams and he shares a backyard with Alabama Shakes lead singer Brittany Howard.

East spoke to Weld ahead of this weekend’s show with Kristin Diable at the Nick. He talked about his North Alabama roots and how he came to have his first record produced by the man that produced Jason Isbell’s Southeastern.

Weld: Is being immediately geographically associated with Brittany Howard overwhelming or beneficial for you?

Anderson East: I think the Shakes are absolutely phenomenal. I don’t look at is as pressure, though. They do their thing, and I do mine. We just so happen to share the same hometown. It’s a testament to the people of Athens, Alabama and the music we all grew up on. More than anything, I’m just proud to be associated with the same geographical location that they are. I’m glad there’s a band like that that can also represent our hometown so well.

Weld: You got hooked up with a really talented producer, Dave Cobb (Jason Isbell’s Southeastern and Sturgill Simpson’s Metamodern Sounds in Country Music among others). How did you guys meet?

Anderson East: It’s going to sound like the most cliché thing ever, but I was actually playing a show at the Bluebird Café in Nashville. I sat up on the stage, drinking a bunch of glasses of water and Coors Light. Halfway through the show, I had to go use the restroom quite badly, so I just stopped the show and went and apparently that made quite the impression on him and everybody there. He introduced himself and said he’s a producer and rattled off some names that he had done some records for and I was like, “Oh that’s great. Everybody in Nashville is a producer.”

I ended up asking him who he was working on and he said, “Well, I just started recording with this guy, Jason Isbell.” And I was like, “Oh wow!” I’ve been a big fan of Jason’s since I was a kid, pretty much. So I said, “Okay, I’ll take you seriously.”

It just so happens that we live about a block and a half away from each other and have more of the same interests than a lot of people that I’ve ever met, with kind of the same ethos and mindset about music. We became pretty close friends, and we started working together after that. It’s been beyond a joy. I’m very fortunate and grateful just to know the guy, let alone work with him.

Weld: So he found you first, not the label?

AE: Right. I met him about three years ago and shortly after that he was like, “Hey, let’s go record some songs.”

We did that. Making records is quite the expensive process. He was sweet enough that – I finished his basement flooring for him, did odd and end jobs for him. He helped me pay for getting the recording process going, and he helped show some of the music around and it kind of caught on with some of the people that were in a position to make things happen.

I have a big debt of gratitude for him, and I probably owe him a nice steak dinner at some point.

Weld: Does your relationship with Jason [Isbell] go beyond sharing a producer?

AE: Well, I used to play guitar for Holly Williams, an incredible singer-songwriter, for several years. We had the good fortune of being on the road with Jason Isbell and the 400 Unit right after Southeastern came out. We became friends with them and the band and Jason’s been a big supporter and a big inspiration for me for a long time.

Weld: When you left Athens for school at Middle Tennessee State, you never looked back? You’ve been in Nashville since?

AE: I do consider Nashville home base now, but I always tell everyone Nashville is just far enough away from Athens, but also just close enough. Home is never too far away and I always get back every chance I get.

Weld: Those of you making music in Athens, do you feel segregated or isolated from the “Shoals” scene by the Elk River, or do you feel included?

AE: I don’t feel segregated at all. We actually just went down to F.A.M.E. in Muscle Shoals and did a live EP thing that’s coming out later in April. I never felt segregated from that community. As a young kid, especially in Athens, we were a dry county until a couple of years ago, so there were no bars or no music scene. The only place we were able to play music was a talent show or a battle of the bands or a church on Wednesday night. There was no outlet for us to play music, unless you had the good fortune of growing up with parents with a pretty extensive record collection. But mine didn’t. So I didn’t grow up knowing what the history was that was coming from right up [Highway] 72.

But as you start to develop a hunger for music and music that actually means something to you, that moves you, I think everybody eventually will find themselves listening to a record made in Muscle Shoals. We had the good fortune of living so close by that we can start to tap into it and fully appreciate it. And beyond that, I just have a respect for where we come from. That’s the main part. You can never be a part of something unless you ask to be, in a lot of situations. Coming to the point where I am now, I’ve asked to, at least somewhat, be included with those people and they have been beyond kind to us and so sweet to us and incredibly welcoming.

We cut a George Jackson song that will be on the new record. It was originally cut at F.A.M.E. in Muscle Shoals. So, yeah, a long answer to a short question? We’re happy to be where we’re from. We welcome them with open arms and they have with us.

AE: I don’t have a discrimination between time period. I have such a reverence for people like Wilson Pickett and Percy Sledge and Jimmy Hughes and all the greats that came out of there. Paul Simon. I think what really does it for me is the spirit of it, it’s a spirit of honesty at the core. Same with Jason and the Truckers and John Paul White – it’s great songs and great lyrics. Whether how complex or simple they are, it doesn’t feel like you’re getting lied to. A lot of pop culture and a lot of pop music, not to downplay any of it because there’s talented people everywhere you look, but especially the people around there making a name for themselves by making great music. Same with the Shakes. It feels natural. That’s what draws me to all of it. So I don’t discriminate between old or new as long as it’s good.

Weld: I am assuming your first major gig was playing for Holly. When did you realize that you could write your own songs?

AE: Well, I had always been writing my own songs. I got invited to open a show for Holly – her CD release on the last record, The Highway. Her husband was playing guitar for another band and was not able to be out all the time with her, so she was like, “Well, why don’t you come out and play and sing harmonies?”

She was kind enough to let me open a lot of the shows and even took me to Europe. So I’ve always been writing. When you’re broke, you’ll do just about anything. Luckily, I got to play guitar and she was sweet enough to treat me well for a long time. That was a big push to get to see someone that is so successful and such a hardworking person. The songwriting never stopped. If we had a week off – I knew that my end goal was to focus on myself.

Weld: Will the full-length include stuff you’ve been writing the whole time or is this a completely fresh batch?

AE: It’s all new songs, compared to when you know me. I’ve put out a few songs here or there, but all of these feel current and I feel most able to relate to them.

Anderson East is listed as the second act on a bill that includes Rick and Johnny from Rollin’ in the Hay and the headliner, Kristin Diable. The show is on Sunday, April 5 at The Nick, and it’s billed as an early show, with start time listed at 7 p.m. Tickets are $8.