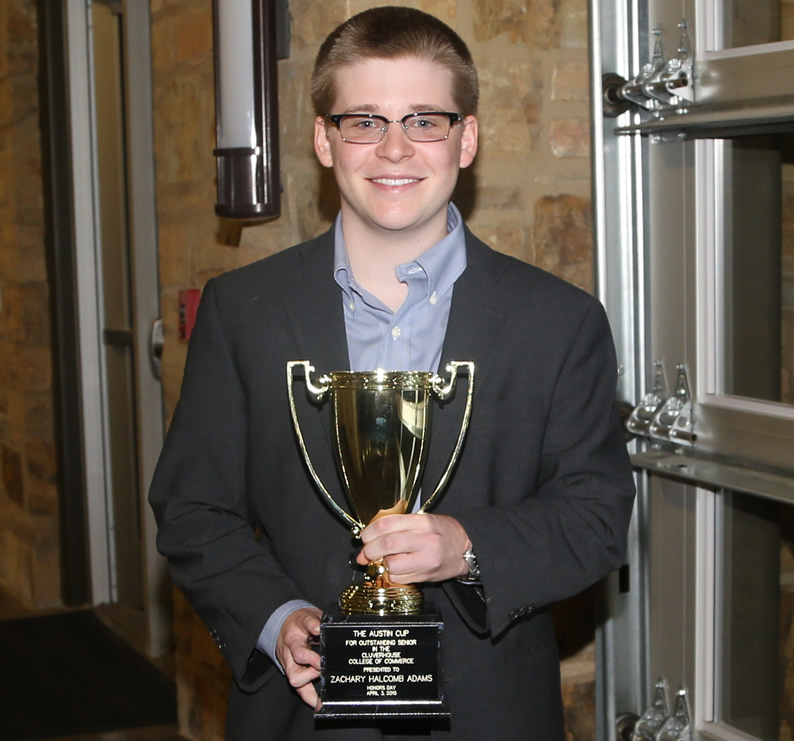 The award was presented to Adams during UA’s Honors Week. He is a senior graduating in May with a triple major in finance, economics and math with a 4.0 grade-point average. He’s also a student ambassador for Culverhouse. He received a Presidential Scholarship, is in Honors College and has made the President’s List four times. 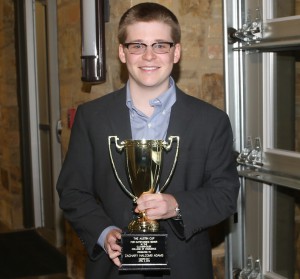 “The Austin Cup is the highest honor presented by the College and we are proud to have had Zachary as one of our students,” said Dr. J. Michael Hardin, dean of the Culverhouse College of Commerce, on the college’s website, culverhouse.ua.edu. “I congratulate him on this great academic achievement and wish him continued success in his career.”

Adams will begin his career as a quantitative market risk analyst at Bank of America Merrill Lynch in New York in July.

Adams is a member of the student investment club known as the Culverhouse Investment Management Group. The group received the Ridgeworth Cup trophy in 2014 in a competition among student equity and investment groups. He was also the chief financial officer for Forza Financial, a micro-loan nonprofit group run by students to help jumpstart small businesses in Tuscaloosa.