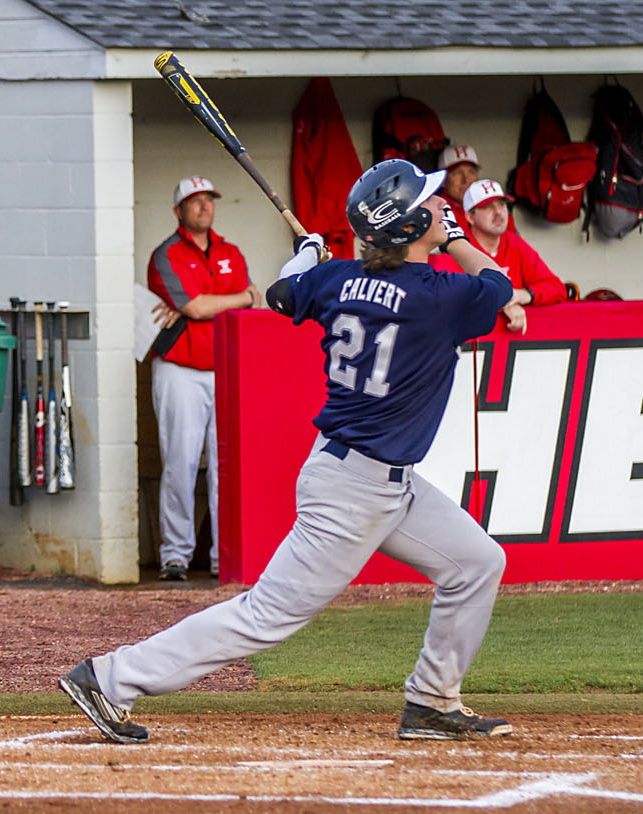 CLAY — The University of Alabama at Birmingham was the convenient school, but it turned out to be the right school for Matthew Calvert.

The Clay-Chalkville senior pitcher signed on the dotted line of his National Letter of Intent in February to spend his college career with the Blazers and head coach Brian Shoop.

“They made me feel comfortable about everything,” Calvert said.

Calvert’s son, Easton Wilson Calvert, turned 1 on April 4. But several months ago, Easton suffered a health issue that required a visit to the hospital. 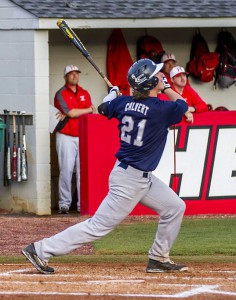 “Coach Shoop came up (to the hospital) and met Easton and checked up on him,” Calvert said. “They are all about family (at UAB), and that’s what I want.”

Fortunately for Calvert, he fell into the perfect situation. He didn’t want to stray far from home in order to assist in caring for his son, and UAB provides that opportunity.

“That’s the main reason I chose UAB, and they have great coaches regardless,” he said.

Raising a child is a new arena for Calvert, but one that he believes he can handle because of past experiences, such as the passing of his mother, Tammy, in 2012.

“It’s a big responsibility,” he said. “It can be tough at times, but it’s the biggest blessing I could ask for, especially with all the things I’ve gone through.”

Many will recognize his son’s name with the baseball products brand. Calvert uses an Easton bat each time he steps to the plate, wielding the brand and the name, but he will be unable to continue that tradition past high school.

“This year is my last time being a batter,” Calvert said, since he will be exclusively a pitcher in his college career. “But I have used an Easton bat my whole high school career.”

As of March 31, the do-it-all threat for the Cougars had a .292 average with a solid .377 on-base percentage. Six of his 19 hits have gone for extra bases and he has driven in 13 runs. But he signed at UAB because of his exploits on the mound. He is the first to admit that he hasn’t gotten off to the start that he wanted, as he has a record of 2-3 with 24 strikeouts in 28 innings pitched.

There is no special reason for Easton’s name, other than being around baseball and always liking the name. But sometimes circumstances have a trickle-down effect. For Calvert, having a son is well worth the impact on his life.