LATEST NEWS
Home Weld for Birmingham Down to three 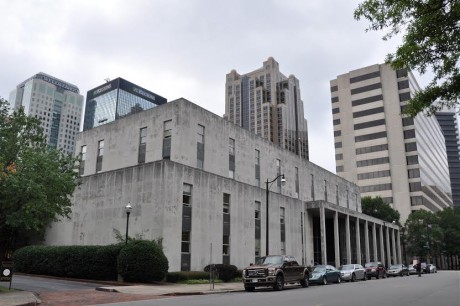 Randall Woodfin, president of the Birmingham Board of Education, said that the next step in the process will be getting to know the three candidates at a “higher level.” Photo by Cody Owens.

The Birmingham Board of Education has narrowed down the search for the next school superintendent to three finalists.

Spencer Horn was appointed to the interim position in December after former superintendent Craig Witherspoon announced his resignation, which took effect Dec. 31, 2014.

“We’ve been through the first step in the process, but now we have to delve into the details and get to know the candidates on a higher level,” said Randall Woodfin, president of the Birmingham Board of Education.

Woodfin emphasized the importance of having community input and the role that it has played during the search process. In November, the BBOE conducted a community survey to gauge the public’s opinion and see what qualities people would want the next superintendent to possess.

According to the report released by the Alabama Association of School Boards, 1,017 people participated in the community survey.

“That is the highest number of people who have ever taken a survey in any school system in the state of Alabama,” Woodfin said. “We are pleased with all the input because we value the public being engaged in the process.”

Members of the community who spoke with Woodfin and those who participated in the survey indicated that they want the next superintendent to move the school system forward at a fast pace, Woodfin explained.

“Right now we have to closely examine their track records of academic achievement,” Woodfin said. “We expect to get to know these candidates more and more over the next few weeks.”

The exact time of that decision is not yet determined, Woodfin said.

“We just have to stick to the process,” he said. “We will interview the three candidates beginning April 27. Each candidate will come into town for a whole day and get to meet and speak in front of stakeholders in the community and after that, they will have an interview with the board members.”

Woodfin said that there will not be another round of selections and that the next superintendent will be chosen from the pool of the three finalists.