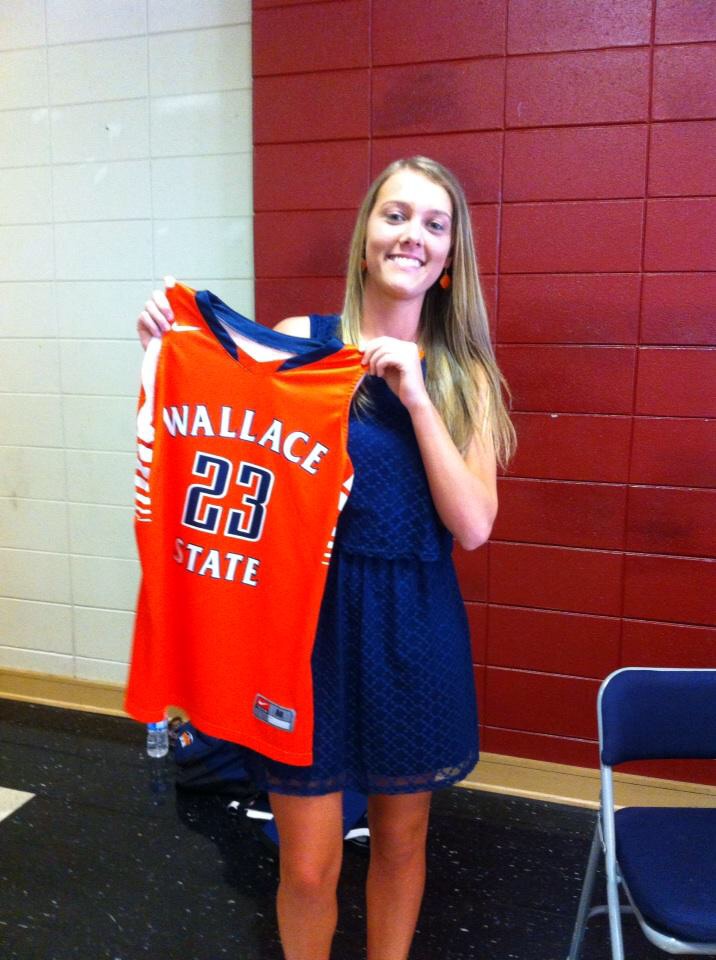 PINSON — Pinson Valley senior guard Alex Lowery officially made plans to take her game to the next level last Thursday.

In front of family, coaches and peers, Lowery signed on the dotted line, finalizing her basketball scholarship acceptance to Wallace State Community College in Hanceville.

From a young age, the gritty guard has aspired to play college basketball, and Lady Lions head coach Ron Burdette, who watched Lowery sign her talents over to him, made that dream a reality. 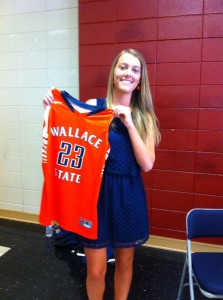 Burdette was sold by Lowery’s passion for the game. He said he liked the way she continued competing in the midst of playing for a young Lady Indians team that lacked experience beyond herself.

Lowery and her soon-to-be college coach agreed that she fits nicely into the Wallace State system.

“I think that our style of play fits her style, so there’s not going to be a lot of adjustment,” Burdette said. “We’re a blow-and-go, run-it-up-and-down-the-floor type team, so I think it fits Alex’s game very well.”

“It’s kind of similar to the way we run things here (at Pinson Valley), so I think it would be an easier adjustment,” Lowery said.

Lowery, who scored “at least 1,135 points” in high school, hopes to find her way as a shooting guard at the next level. As a senior member of the Lady Indians’ backcourt, she went for 30 points or more on two separate occasions.

First, she dropped 30 in a 52-44 win over Hueytown. Lowery later upped the ante with a 31-point outing against Briarwood Christian. She combined to go 7-for-9 from behind the arc in those two wins.

According to Burdette, his team likes to score in transition and “shoot the three.”

“I think colleges are always looking for somebody who can direct on the floor and somebody who they can see is knowledgeable about the game,” said Pinson Valley girls’ basketball coach Kristan Cromer. “Alex has always been a strong vocal leader.”

Lowery expects to get on campus early and enroll in summer classes before her playing days begin. She hopes to sign with a four-year school once her Wallace State career comes to a close.