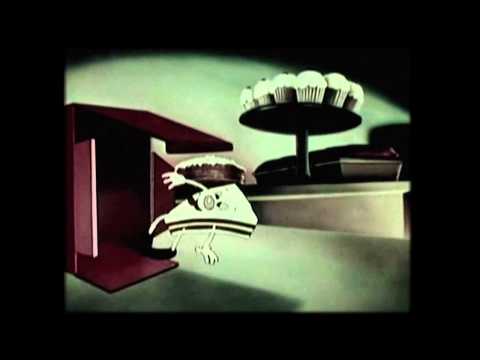 JJ Grey and MOFRO have been road warriors. The Jacksonville, Fla. band built quite a following touring on their own and with bands like Galactic over the last decade. Their latest release, Ol’ Glory, has earned a lot of rotation at AAA radio stations like Birmingham Mountain Radio, and it may be their most inviting studio work to date.

Before their stop this Friday at Avondale Brewing Company, Grey spoke to Weld about Jacksonville, the band’s relationship with Galactic and what made the latest studio release unique.

JJ Grey: I had just gotten on the Internet and had hooked up with Dan Prothero at Fog City Records. I sent him what I was doing and he said, “I like it. Come on back to the States and let’s try to make a record.”

I was in Europe and had gotten a record deal with a label called Acid Jazz, but before the deal could go down and get finalized – the record label, it didn’t go bankrupt, but it was close – I decided to back out of that. I kept playing over there. Got some players and hooked up with Dan and came back home.

Weld: How much is the music that you create influenced by Jacksonville and what’s that scene like now?

JJG: I don’t know what the music scene’s like, because when I come home, the last thing I do is music. [Laughs] I piddle at the house in my home studio, but I don’t go out and see much.

There’s always been players [in Jacksonville], man. There’s always been songwriters, everything. But most of the time, I meet them on the road because they’ve gone somewhere else to make a living. Growing up here is a huge part of what I do musically. It’s influenced the music that I hear in my head that I want to play. And it’s heavily influenced what I’m singing about. I’ve lived here and I’m thinking about my life, so it makes the songs have ties to this place.

Weld: Do you find yourself a more natural fit into a jam scene or a rock scene? Or do you care?

JJG: I don’t really care. I didn’t know what a jam scene was. I’m still not exactly sure what a jam band is. Perception is a weird thing. I’ve learned that it has nothing to do with reality. I don’t get involved in all of that stuff. We were called a jam band forever because the first label we were on – that label wasn’t really a jam label – but because of our association with Galactic and their association with Widespread Panic. Galactic isn’t even really a jam band. But people will sort of loosely call us part of the jam scene. The day I signed to Alligator – about 2007, nine years later – the very first thing, suddenly we were a blues band. Alligator signed blues acts, so we must be a blues band [Laughs]. Never mind that what we were playing wasn’t anything – it was blues influenced, but so is Led Zeppelin and every other rock band on Earth.

The perception – it’s just that, “Well, they’re on Alligator, they’re a blues band.” And I’m not one to fight or quarrel with that. I don’t really care. People can think whatever they want. It’s funny how that can get going. It had nothing to do with the music. For the first nine years, no one called us a blues act. But the day we signed with Alligator, that’s all we got called. It was pretty wild.

JJG: I met them through Fog City, through Dan. Rob Mercurio [Galactic bassist] and a couple of guys came to one of our shows many years ago at Tipitina’s. Those guys paved the way for so many bands to come around in a folky, soul, rock, bluesy – all that kind of stuff – those guys, in my opinion, paved the way for a lot of acts to come along in that time frame. And to be able to set up something where they could go play around the country. We got to open up for Galactic a lot over the years. I wouldn’t be able to do what I do if it wasn’t for them.

In a lot of ways – what they’ve done personally to help me, the advice they have given me that I desperately and sorely needed in the day, and creating the opening. Going out and beating their head against the wall until other people got the idea, “Hey it’s cool to have stuff like this. People seem to like it.” That opened up doors for a lot of people.

Weld: You’ve built your reputation largely on your live performance. Ol’ Glory is getting a lot of attention in the AAA format, though. What made this record different for you in the studio?

JJG: It was easier to just do it. Over a period of time, learning your way around the studio, learning your way around the gear. It’s the same studio for every record. All of them. Blackwater until today – every one of them has been recorded on the same gear in the same place. With the same producer. Same engineer. Everything is the same. The one thing I would say is different is these guys I have with me – they’ve been with me a while. Most have been with me since Orange Blossoms. So that’s Orange Blossoms, Georgia Warhorse, This River – this would be the fourth record in that studio. So they know what they want to hear. There’s no time lost trying to figure out the sound. These guys know.

I took the time to really rehearse the material when we were in Europe during soundchecks. A lot. We were on a European tour just before going into the studio. Instead of going into the studio where I know the tunes, sort of, and blind, for the rest of the guys, I made sure that we played it a bunch over there at soundcheck so the cats were all used to ideas – the key changes, the dynamic swings and all of that stuff. So they were all ready.

Weld: You’ve been here a bunch, as you’ve toured the South. What’s the best night you had in Birmingham?

JJG: There’s been a couple of them, man. There were a couple at Zydeco. Just some knock down, drag outs. And WorkPlay – in that Soundstage – that was out of control one time. One time we played “Okie from Muskogee.” We play that every now and again, but the people in Birmingham knew the song and loved it. People in other places look at us and think, “What the hell is that?” [Laughs] That was awesome.

Weld: Who are the top five American rock bands of all time?

JJG: Lynyrd Skynyrd is definitely going to be on that list for me. Allman Brothers are going to be in there, too. Boz Scaggs. Boston. Bob Seger.

I’ll remember 50 once we hang up. Good question.

JJ Grey and MOFRO come to Avondale Brewing Company on Friday, April 17. Nicki Bluhm and the Gramblers will open. The show is set to begin at 8 p.m. Tickets are $22. For more information, visit AvondaleBrewing.com.