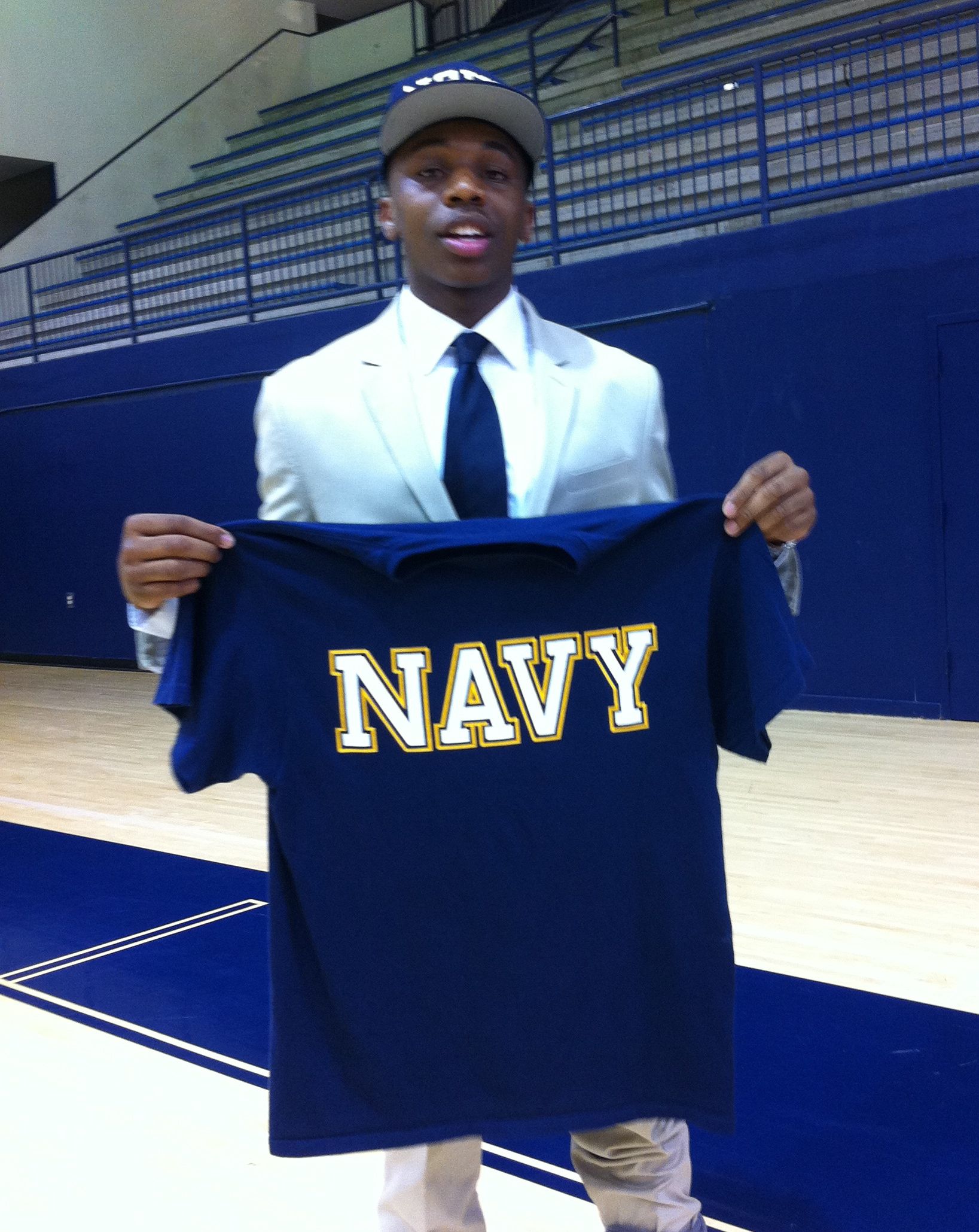 He took more than 16 minutes to thank coaches, friends, family and everyone attending the ceremony on the Cougars’ basketball floor.

Abdullah verbally committed to the Midshipmen in September 2014 and never wavered from his pledge, despite other opportunities. 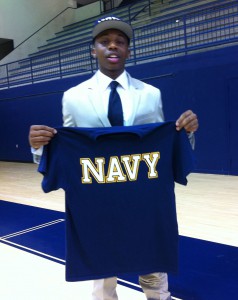 “I would find out about other programs that would contact the Naval Academy to see where I was, but that never wavered me or changed my thought process on anything I had said before,” Abdullah said.

As a senior, he averaged 17.4 points per game, 4.6 assists, 4.2 rebounds and 2.3 steals. That stat line earned Abdullah a seat on the Alabama Sports Writers Association’s Class 6A All-State second team.

He credits his family for his success on and off the court.

“I wouldn’t be here where I am without my support system,” Abdullah said. “I would take a bullet for my mom.”

The point man also received an invite to represent his state in the 25th annual Alabama-Mississippi All-Star Game in March, but suffered an injury that prevented him from playing.

Abdullah doesn’t pride himself on being a flashy guy. There were no signing day surprises like the ones often seen on ESPN. There was only one hat sitting on the table, and it was navy blue.

The Midshipmen can expect to get a team-first player in Abdullah. That mentality won’t necessarily slow the new signee’s scoring at the next level.

He stole many shows in high school with his ability to get to the rim or pull up from beyond the arc, but don’t ask him about his numbers. He’s “not exactly sure.”