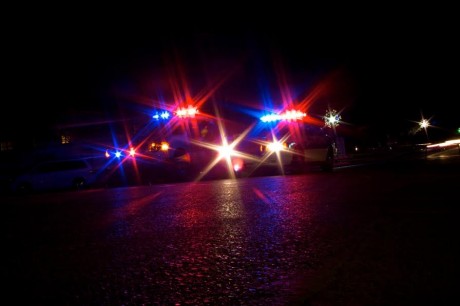 A bill to enable more people, including law enforcement officers, to administer a life-saving drug to someone overdosing from opiates including heroin has received favorable vote from a committee in the Alabama House.

The measure’s sponsor, Rep. Allen Treadaway (R-Warrior), hopes to see House Bill 208 before the full House in the next few weeks. The House Health Committee held a hearing last week on HB 208, made some minor changes, then voted in favor of the measure.

“If it (the committee vote) wasn’t unanimous, it was near unanimous,” said Treadaway, who planned to ask the House Rules Committee to schedule the bill for a vote by the full House.

“Mission accomplished so far,” said Jefferson County Health Officer Dr. Mark Wilson, who was present at the committee hearing to answer questions about HB 208. He didn’t have to; Treadaway took care of the questions.

Treadaway’s bill concerns naloxone hydrocholoride, described as an opiod antagonist and approved by the Food and Drug Administration to treat drug overdoses. At present, trained paramedics give a dose of naloxone to someone overdosing on heroin, hydrocodone or other opioid painkillers.

The bill’s supporters say that in many areas, law enforcement officers are often the first to arrive at an overdose scene, and that they could save lives by giving naloxone by injection or by nasal spray to overdose victims. The bill would require the Alabama Department of Public Health to approve a program to show law enforcement officers how to properly administer naloxone.

Relatives of heroin users, as well as Birmingham Treatment Alternatives for Safer Communities (TASC) are pushing an online petition calling for passage of Treadaway’s bill or of the version in the Senate sponsored by Sen. Jabo Waggoner (R-Vestavia Hills).

“When someone is overdosing on heroin, seconds matter,” the petition states. “Being able to quickly administer the drug naloxone to someone who is suspected of experiencing a heroin overdose can save his/her life.

“Because of this drug addiction, our children are taken from us because of something that controls their (very) being,” wrote Donna Haney Cottingham of Odenville, a Huffman High School alum who said she lost her son Brad to a heroin overdose in 2013. “If there’s something that can save their lives, is it not worth it?”

In Jefferson County, heroin was the primary cause of 137 deaths in 2014, more than double the 58 recorded in 2013 and in 2012, according to the Jefferson County Coroner/Medical Examiner’s Office.

Treadaway is hoping to have key stakeholders behind the naloxone legislation by the time it comes before the full House for a vote. One of the concerns he, Wilson and others have sought to address was whether the availability of naloxone would encourage or enable heroin users to keep using heroin.

“It might seem reasonable to assume that having a rescue drug like naloxone available might make addicts more reckless in their drug abuse or use higher doses,” Wilson said. “But there is no evidence of that from experience in other states.”

“Naloxone has been successfully used by non-medical personnel to save thousands of lives in other states, and there is no evidence that increasing access to naloxone promotes drug abuse,” it states.

“The last thing that the addict wants to do is shoot himself up with this thing because it would send him into withdrawal and that’s the last thing they want,” Treadaway said. “That’s not what it’s for. It’s not addictive in any way. It can’t be abused in any way.”

Wilson said he has been explaining the effects of naloxone to families of addicts and others, and that some people have approached him afterward to ask him how long the drug has been available (about 50 years, according to Wilson).

“And what they’re getting at is, ‘What if?’” Wilson said. “’What if it had been available for my loved one that died 5 years ago or 10 years ago?’ and that’s really heartbreaking.”

Quoting from and paraphrasing the bill, Wilson said it would grant immunity “from any civil or criminal liability” to “a physician or dentist who prescribes naloxone, to a pharmacist who dispenses it and to a layperson who administers it,” under the terms of the measure. Wilson said the bill also would provide individuals immunity from prosecution for misdemeanor drug offenses, or for drinking or possessing alcohol while underage, if law enforcement became aware of the violation solely because the individual was seeking medical assistance for someone suspected of an overdose, and if the individual is the first to call for help and stays at the scene to assist the victim until help arrives.

Last week, Joy Patterson, a spokeswoman for Attorney General Luther Strange, said the attorney general’s office was reviewing the naloxone bill. Treadaway and Wilson said the bill was amended in the House Health Committee to address one of Strange’s concerns. That amendment basically states that the law’s immunity from prosecution section does not apply to those who are driving under the influence of alcohol or drugs.

The legislative session began March 3 and is due to end by June 15.