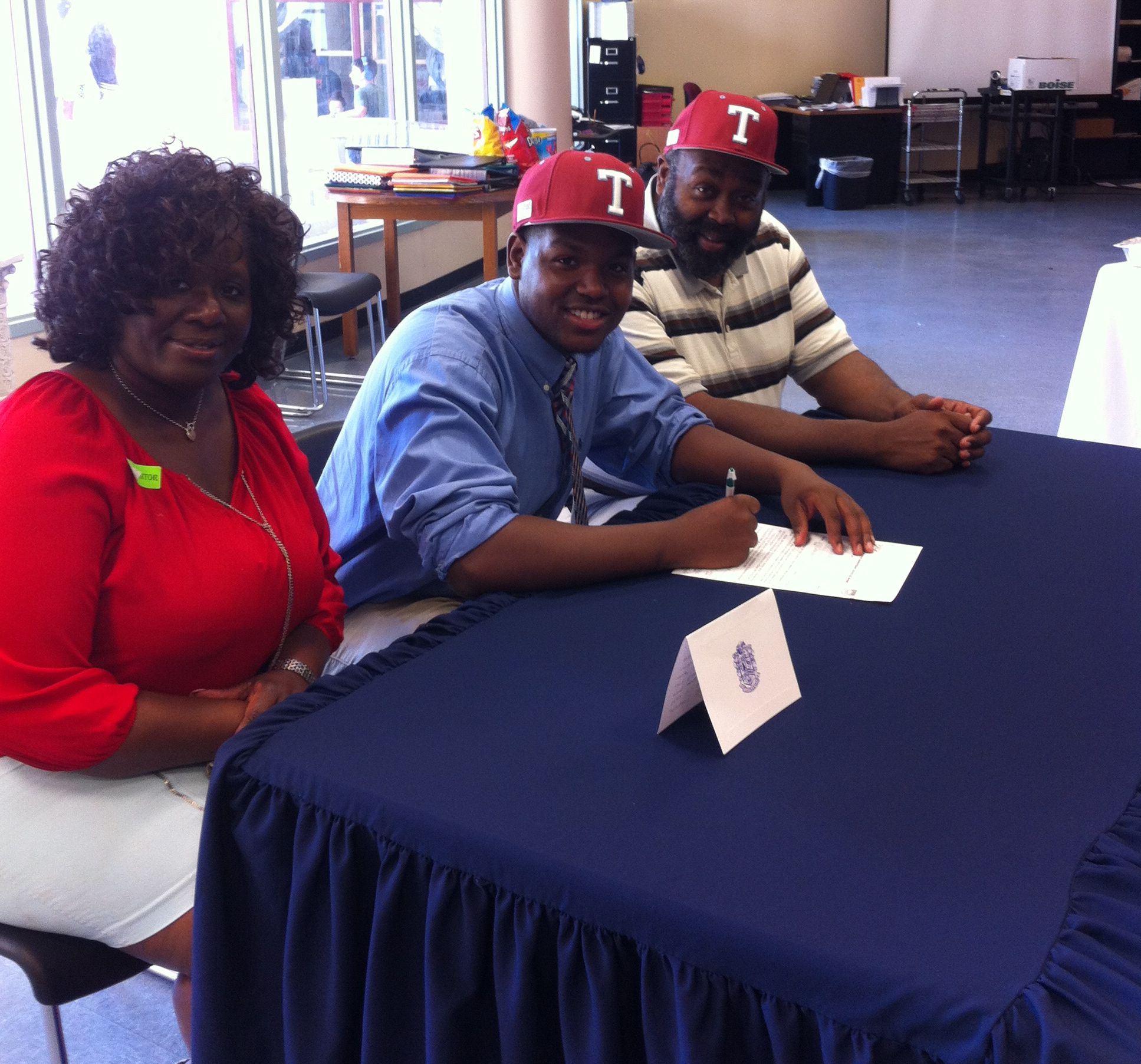 CLAY — Shielded from the sting of summer behind his four walls in Clay, Brandon Wood ate quietly with his family.

He had a mountain of emotions waiting to surface, but couldn’t find the words to explain.

Wood, standing at 6-foot-1, hovered over his dinner plate for some time until the table was clear. He wiped the sweat from his face and found the courage to face the hardest part – telling his dad Dwaine, a former high school baseball coach, that he didn’t make the cut.

“I just really love playing baseball, that’s all I ever really wanted to do,” said Wood, who played for Clay-Chalkville as a junior.

The first baseman was still groggy from the punch he absorbed hours earlier. There were no knuckles, but the verbal impact of hearing the words: “I see no point in having a senior that’s third string” pour out of the mouth of his head baseball coach was a lot to handle. 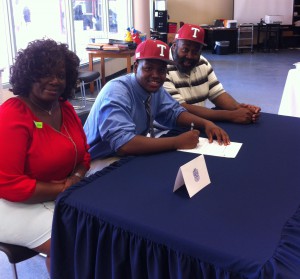 Wood, feeling the self-inflicted pain of failing his family, informed Dwaine of the confession he had been hiding all night. As the tears fell from Wood’s eyes, Dwaine embraced him and gave him a token of knowledge that would change his son’s life.

“I just had to let him know, ‘It’s not over,’ I had to keep telling him that, ‘It’s not over,’” Dwaine said. “It’s just a bump in the road and if this is your dream and this is really what you want to do, that’s just going to make you work harder to get to where you want to be.”

Where Wood wanted to be was standing beneath a sweat-stained college baseball cap.

Over time, Dwaine’s message began to sink in. That became apparent as the piercing chatter of a chain-link fence echoed throughout the neighborhood night after night. The ruckus was a product of Wood’s nightly regiment: 50 cuts through a batting tee in his yard after wrestling practice.

“I started to listen to what (Dwaine) told me and got to work,” Wood said.

Despite being told he wasn’t good enough to play his senior year of high school, Wood was determined to become a college baseball player. The time he spent as a Cougar wrestler and the overtime swings he took in the quiet of his own yard went a long way in making his dream a reality.

“In the face of all this adversity, I just saw someone that was very determined,” said Wood’s mom, Adrianne. “Self motivation, a drive, a passion, a determination to continue on.”

The coaches at Talladega College saw something similar when they invited Wood down for an on-field workout, which was put in motion by Adrianne.

Wood will never forget the look on the Talladega coach’s face as he walked out of the batter’s box following a live hitting session on the field.

“He had almost a surprised look on his face when I got done with my tryout,” Wood said. “He was just really happy. I don’t think he thought I was really going to have anything, but he was going to give me a fair shot.”

That one fair shot was all he needed. Wood left the campus that day with a baseball scholarship offer. He honored his commitment by signing his National Letter of Intent in the Clay-Chalkville High School library last Monday.

“I didn’t know how I was going to do it, but I just knew one day I just wanted to play college baseball, because I never really got a chance to have a high school career,” Wood said.

As Wood signed, he remembered back to the days of walking through his own room with a constant haunting presence. Behind a glass frame sat his older brother’s No. 7 Clay-Chalkville uniform, which was given to him for being a senior member of the Cougars’ program.

E.J. Watson’s jersey served as a daily reminder of what Wood would never achieve, but just like his big brother, Wood can now call himself a college baseball player, and that makes him smile.