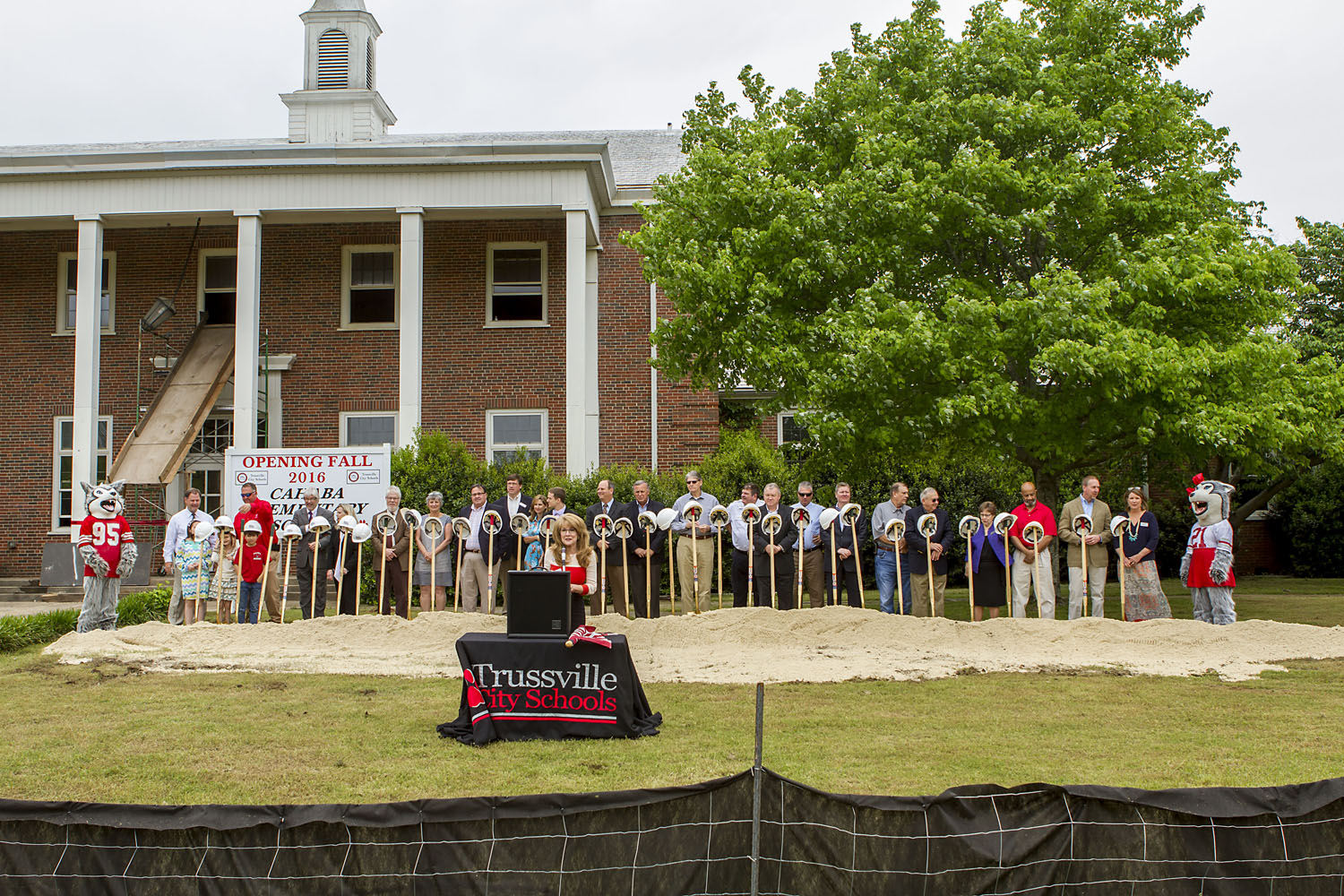 A scene from Thursday's groundbreaking ceremony photo by Ron Burkett

TRUSSVILLE — A reawakening has occurred with the shoveling of some sand.

City of Trussville and Trussville City Schools leaders on Thursday turned the first sand — it was used instead of dirt — at the site of the future Cahaba Elementary School.

VIDEO: Watch a segment of the groundbreaking ceremony at Cahaba Elementary School on Thursday. 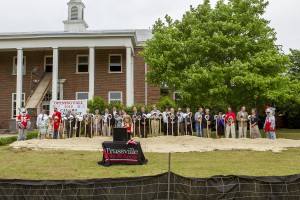 A scene from Thursday’s groundbreaking ceremony
photo by Ron Burkett

Mayor Gene Melton said it’s been a “long time coming” as far as “reawakening” the building.

Trussville City Schools Superintendent Pattie Neill said it was an “honor and a blessing” to bring the building back to life.

The groundbreaking ceremony for Magnolia Elementary School is scheduled for Friday at noon.