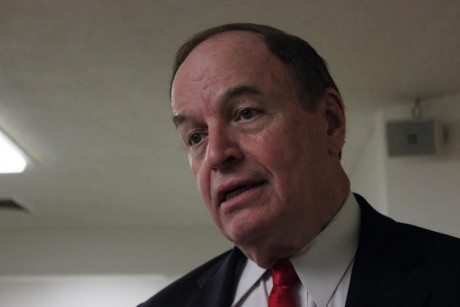 Several weeks ago, Weld contributor Tom Gordon wrote the members of the Alabama congressional delegation, basically asking them if they think climate change exists, what is causing it, and what can be done about it.

Gordon’s letter was prompted by the latest report by the Intergovernmental Panel on Climate Change, defined in an article in the March 2015 issue of National Geographic as “hundreds of scientists operating under the auspices of the United Nations.” The article, by veteran Washington Post science writer Joel Achenbach, states that the report, issued last year, “repeated louder and clearer than ever the consensus of the world’s scientists: The planet’s surface temperature has risen by 1.5 degrees Fahrenheit in the past 130 years, and human actions, including the burning of fossil fuels, are extremely likely to have been the dominant cause of the warming since the mid-20th century.”

That assessment is not shared by many members of Congress, and Alabamians have been among the dissenting voices.

U.S. Sen Richard Shelby was the first to reply to Gordon’s letter, and the text appears to be a standard one he is using on the issue. Weld is publishing Shelby’s letter in full here, and will publish the climate change thoughts of the other Alabama congressional delegation members when and if they reply.

Thank you for taking the time to contact me. I always enjoy hearing from my constituents.

I certainly understand your concerns regarding global warming which continues to be an issue of significant debate in Congress and throughout the scientific community. Important scientific research is ongoing, and there are still many questions that must be answered before we take steps to address this issue. For example, is the climate change phenomenon cyclical or is it a function of man-made pollutants, or both? I believe the science must be firmly grounded before we take any actions that could seriously cripple many sectors of our economy.

Further, we need to ensure that any new policy strikes an appropriate balance between environmental regulations and their effects on the economy. In particular, I remain concerned that strict restrictions on energy use imposed in many climate change treaties and regulatory bills would lead to large increases in the cost of energy. This additional cost would inevitably be passed on to the consumer.

Our great nation contains some of the most diverse and valuable natural resources in the world, and every effort must be made to ensure that future generations enjoy these resources. We must maintain the integrity of our country’s vast environment, but not at the expense of the nation’s economic well-being. Rest assured, I will keep your thoughts in mind as we continue debate on climate change legislation.

Thank you again for your correspondence. If I may be of further assistance, please do not hesitate to contact me.