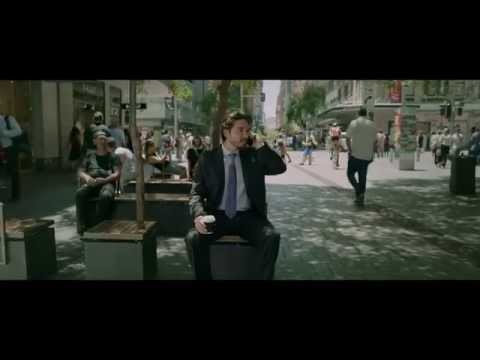 Posted By: Online Editoron: May 07, 2015In: Weld for Birmingham
Print Email

If you ask Xavier Rudd, the formation of his latest band, the United Nations, has been a long time coming.

“It’s kind of like our ancestors all had a cup of tea and decided to put us all together,” he said of the band, which features members from a wide variety of cultures and nationalities. “It was very organic. There were no auditions. It just happened. Everybody who came together [for the band] was almost sent to the project.”

“Everybody comes from a different story and different culture, and everybody’s spirit and ancestors have been guiding them over time, and they’re all present in the way that everybody plays their music,” he said. “It forms a pretty beautiful mix.”

Alabamians hoping to hear this spiritually influenced brand of reggae will have two chances: Xavier Rudd and the United Nations will perform on Thursday, May 14 at Saturn before heading to Gulf Shores on Saturday, May 16 for a set at the Hangout Music Festival.

Rudd, a multi-instrumentalist who hails from Victoria, Australia, prefers to talk on a grand scale, in terms of ancestors, culture and “the spirit.” He is known for playing the didgeridoo, a traditional instrument of Australia’s aboriginal people which, as Rudd proudly notes, originated over 60,000 years ago.

“It’s a storytelling instrument, originally,” he said. “It’s not used in music as we know it. It’s more to support the telling of a story.” Rudd’s connection with Australia’s ancient culture – he has aboriginal ancestors on his father’s side – led to his interest in the instrument, eventually finding ways to incorporate the instrument into more popular styles of music.

“I started to muck around with putting it with a guitar,” he said. “I started to tape it to a chair and play it [simultaneously] with the guitar. I hadn’t seen anybody do that before. I started to work out ways of introducing it into my songwriting.”

His combination of these sounds – and his playing of multiple instruments during live sets – led to Rudd’s success on festival circuits as a solo performer throughout the 2000s. Recently, however, Rudd has focused on collaborating with other musicians: his 2010 album Koonyum Sun was a joint effort with bassist Tio Moloantoa and percussionist Andile Nqubezelo (collectively known as Izintaba). His latest album, Nanna, recorded with the United Nations and released in March, is his most collaborative effort yet.

“I’d always wanted to put together a big reggae band,” Rudd said. “I’d been very patient with that idea and waited until the spirit presented [the opportunity]. This year, it presented it in all the right ways. The timing was right in every way, musically and spiritually. I put together this incredible band, and we made Nanna.”

The album’s title pays respect to the ancestral forces that Rudd believes drew the band together. Nanna means grandmother, Rudd said, a title meant to invoke “the wise old women of all cultures” – or, more broadly, “the grandmother spirit of the earth, the being of reproduction and creation.”

Xavier Rudd (third from right) and the United Nations. Photo courtesy of the artist.

“I think people forget that we are of the earth, as a species,” Rudd said. “We’re of the earth just like every other plant or animal on this earth. There’s this massive misconception that’s come from religious conditioning over time, taking that concept of our spirituality of our individual connection to our earth, between the magic of the earth and the magic of us as human beings.”

This spiritual framework guides Rudd’s music, much of which presents humanity’s reconnection with the natural world – and the spirituality of its ancestors – as the solution for many of the world’s crises. Rudd believes that this reconciliation is underway, he says.

“At times it seems slow, compared to the pace of modern life, but there is a magnetic pull happening with human beings returning to the spirit and understanding the old ways,” he said. “I think we’re at the start of that process.”

In Rudd’s native Australia, though, he hopes for a greater awareness for the plight of the country’s aboriginal people. “There’s been a huge amount of oppression against our indigenous people for two hundred years now,” he said. “The disrespect from our government, lack of acknowledgement of our beautiful ancient culture and lack of understanding in our education systems still exists in white Australia. They’re not bad people, you know – generally Australian people are receptive and interested and loving of our aboriginal culture – but no one has the chance to really learn about it. There’s been a divide between white and black Australia since the white settlements, and there hasn’t been a proper bridge built to reconcile that.”

The reconciliation that Rudd hopes to bring about with his music is as personal as it is political. “I’ve got a story on my father’s side where my great-grandmother was banished from the family because she was black,” he said. “I feel like that old woman’s spirit is with me in a lot of my music. She wants to see change. She wants to see a difference in our country. And if I can die one day knowing I’ve seen that, I’ll be a happy man.”

Though Rudd hopes that his music might raise some awareness for Australia’s racial and cultural divisions, he stresses that audiences don’t need to understand the message to enjoy the music. “I just tell people, ‘Get ready to boogie!’” he said. “It’s a [expletive] groovy show, man. We’re playing and its fun.”

For Rudd, of course, that enjoyment takes place on a large, generational scale. “Music has been connecting people and cultures from the beginning of time,” he said. “It’s as natural as childbirth. For people to let things go and to feel that pulse, it’s important. Its good medicine, you know?”

Xavier Rudd and the United Nations will perform at Saturn on Thursday, May 14. Doors are at 7 p.m.; the show begins at 8 p.m. Tickets are $20. For more information, visit saturnbirmingham.com.

The band will perform at the Hangout Arts and Music Festival in Gulf Shores on Saturday, May 16. For more information on the festival, visit hangoutmusicfest.com.