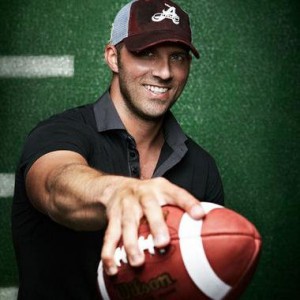 Jay Barker to be inducted into ASHOF

TRUSSVILLE – Jay Barker has achieved much since graduating from Hewitt-Trussville High School in 1990.

Before the arrival of current Alabama head football coach Nick Saban, Barker was the faint memory of how things should be for many crimson-covered fans.

The former Alabama signal caller was know for 17 years as the last national championship winning quarterback for the Crimson Tide. On May 16, he and seven others will be forever remembered as Class of 2015 Alabama Sports Hall of Fame inductees.

As Alabama’s starting quarterback, Barker worked his way to a 35-2-1 overall record. NCAA infractions later dropped that mark to 27-11.

He quarterbacked coach Gene Stallings’ 1992 team to a 34-13 win over top-ranked Miami in the national title game. Two years later, the righty captured the Johnny Unitas Golden Arm Award, which is annually give to the nation’s most outstanding senior.

That same year (1994), Barker was named a finalist for the Heisman Trophy and finished fifth in voting. He was taken in the fifth round of the 1995 NFL Draft by the Green Bay Packers. His NFL career also included stops in New England and Carolina.

Barker currently works as a radio talk show host for WJOX in Birmingham. He, Al Del Greco and Tony Kurre serve as on-air personalities for the Opening Drive program.