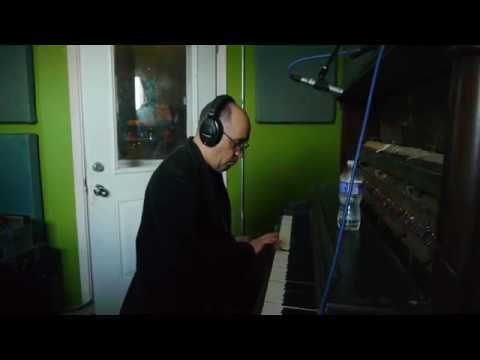 The Dead Milkmen carry on

Posted By: Online Editoron: May 08, 2015In: Weld for Birmingham
Print Email

The Dead Milkmen are satirical punk rock legends, walking a line between punk’s roots and its poppier days of the 1990s. They don’t take themselves too seriously, but they gained a lot of attention from their work in an emerging genre alongside peers like NOFX and Green Day with their first record Big Lizard in My Backyard and their biggest commercial hit, “Punk Rock Girl.” It was all enough to earn some attention from major labels. But that wouldn’t stick.

Following the death of founding bassist Dave Schulthise (a.k.a. Dave Blood) in 2004, the band reconvened to pay tribute and found a new bassist. They decided to give it another go, and as the band makes its way to Birmingham on Saturday, guitarist and vocalist Joe Genaro (aka Joe Jack Talcum) spoke about carrying on and how the band agreed they would continue recording and touring.

Weld: You released a new record last year (Pretty Music for Pretty People) and a new single has been released recently (“Prisoner’s Cinema”). Are you guys prepared to start recording at the same pace that you were in the 1980s?

Joe Genaro: No, we’re sort of in tour mode right now. Then we’ll probably go into songwriting mode and then recording mode. There’s no timeline. “Prisoner’s Cinema” was just a one-off song. It actually probably belongs on the album that we already did, because that’s the period of time that it was written in. I actually wish that it had gotten put on the album, but in fact, it’s probably fortunate that we had it for this project.

Weld: It’s been a while since the Dead Milkmen played a show in Birmingham. Do you have any recollection of the last time you guys were here?

JG: No! Well, I was there as a solo artist at Cave 9 about five years ago or so, but as a band, I don’t know when the last time The Dead Milkmen played. We played other places in Alabama – I know we played Tuscaloosa. We may have played Florence. And I think we played Huntsville. Rodney thinks that we played Birmingham. If so, it would have been the 1990s or late 1980s.

Weld: You mentioned your solo work – are you still doing any solo stuff or is all of the attention focused on the band right now?

JG: I play solo shows, but most of the attention is focused on the band and I put the solo stuff on hold. But now that we’ve recorded the album, I’m starting to play some solo shows again.

Weld: Dan (Stevens, bassist) is significantly younger than you guys. How did you come to invite him into the band after Dave (Schulthise, original bassist) passed away?

JG: After Dave died, we played a memorial show for Dave with him. I was in another band at that time with him called The Low Budgets and he played bass in that band. It just seemed logical that we invite him to play in The Dead Milkmen. He knew most of our songs already, since he grew up as a fan. He knew some of our songs better than we did at the time – the time of the memorial show.

How did he become a permanent member of the band? The memorial shows were a one-off thing. We had no intention of getting together on a permanent basis. But in 2008, four years after we played the memorial show, we got asked to play Fun Fun Fun Fest in Austin, Texas. So we went back to Dan and asked him if he wanted to do it again. He said yes. Again, we thought that was going to be a one-off thing. But it was so fun that we decided to do it on a regular basis. We were getting offers for other shows, too, as a result of the Fun Fun Fun Fest show. Some of those offers were pretty good. We figured why not? So we started to do it again on a regular basis. Although, there was one caveat – we didn’t want to keep playing the same old set of old songs from the 80s and 90s. So we said we would work to write an album. And that’s how The King in Yellow came about, the album we released in 2011. And we kept at it! And it looks like we’re going to keep keeping at it.

Weld: Green Day was recently inducted into the Rock and Roll Hall of Fame. How did what they were creating with pop-punk affect the punk scene?

JG: Green Day was around long before they made it. They were playing shows when we were, and they were doing the same thing There were bands playing pop punk: Mr. T Experience, we were sometimes considered to be a pop-punk band, too, although I don’t really think that we fit into that genre. I don’t know what genre that we fit into.

But Green Day – they were a band that brought punk elements to, they were DIY punk. I don’t know, really. It’s too much for me to think about. [Laughs]

Weld: Is punk dead or is it alive and well?

JG: There are many answers to that. Punk has never existed except [in concept] and if it does, then it’s quite alive, in attitude. We had three shows with this band out of Vancouver and I would say they were the punkest band I’ve seen in a long time.

Dead Milkmen come to Saturn on Saturday, May 9 after doing a late night show at Shaky Knees in Atlanta on Friday at the Masquerade. The Bastards of Fate open the Birmingham set. Doors open at 8 p.m., while the show begins at 9 p.m. Tickets are $20 in advance and $22 at the door. For more information, visit saturnbirmingham.com.