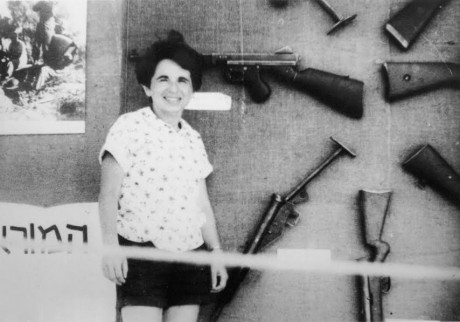 Posted By: Online Editoron: May 20, 2015In: Weld for Birmingham
Print Email

The story of Karola Siegel is extraordinary, daring and more engrossing than her hit radio and television shows “Sexually Speaking,” “What’s Up, Dr. Ruth,” and “The All-New Dr. Ruth.” Her story comes to life on stage with Terrific New Theatre’s production of Mark St. Germaine’s Becoming Dr. Ruth: An Unexpected Journey opening Thursday, May 28.

By many comparisons, Dr. Ruth has been a catalyst for promoting positive discourse about sex and relationships. Her awards, medals and honorary doctoral degrees reveal the public’s generally positive response to her less than conventional work. The saga of Siegel is the untold triumph of determination, courage and a robust sense of humor.

“Our way is not soft grass, it’s a mountain path with lots of rocks. But it goes upward, forward, toward the sun,” Dr. Ruth once said.

The girl who would become Dr. Ruth K. Westheimer was a child when she fled the Nazis during the Kindertransport to an orphanage in Switzerland. At age 17 she moved to Israel, and fought for the country’s independence as a scout and sniper for Jewish freedom fighters the Haganah. The Sorbonne alumna next worked for Planned Parenthood, received her doctoral degree from Columbia University, was married three times and struggled as a single mother before taking on perhaps the most unlikely career: a television network sex therapist.

“Dr. Ruth is currently single and about town every night,” the play’s website informs.

Reflecting on 87 years of a life packed full of adventure, it is difficult to believe the time limit of a play can properly do justice to its magnitude, however, as the theater company’s name suggests TNT is known for bringing Birmingham just that: terrific, new theater.

Birmingham-based actress Dolores Hydock stars in the title role originated by “That ‘70s Show” actress Debra Jo Rupp, who received nominations in 2014 for the Drama Desk and Outer Critics Circle awards. Dr. Ruth is expected to attend a performance in June, according to her publicist.

“Are We There Yet? I’m Hungry!” — Continental Bakery Downtown. 1820 Fourth Ave. S. This episode of the live talk show “Are We There Yet?” opens discussion about Birmingham’s food sources, from fast food to slow food, from organic to GMO-free and everything in between. Local growers and chefs will speak. 7 p.m. $10. For more information, visit the event on Facebook.

Tribes — Birmingham Festival Theater. 1901 11th Ave. S. Opening Thursday May 28 at the Birmingham Festival Theater, Nina Raine’s award-winning Tribes is a play about families — the tribes we are born into and the tribes we fit in with. For Billy, a young man born with deafness into a hearing family that never bothered to teach him sign language, the possibility of a new tribe is a foreign idea. Until he meets Sylvia, a young woman born to deaf parents who is in the process of losing her hearing as well. Thursday–Saturday 8 p.m., and Sunday June 7, 2 p.m. Through June 13. $20. For more information, visit bftonline.org.