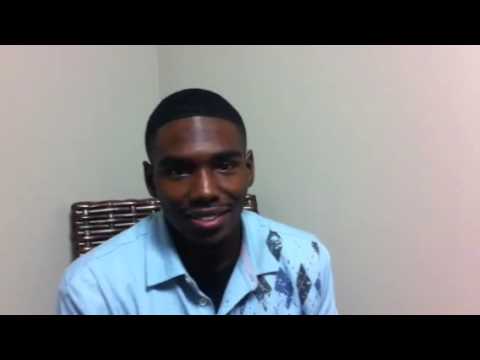 CLAY – On Thursday night at the Clay-Chalkville High School graduation ceremony, roughly 300 young men and women were given the key to adulthood.

Christian Crawford didn’t need that key. The departing senior kicked the door down and stepped into the role of a man before the commencement celebration was even over.

As the seniors settled in and the graduation began, a member of the Cougar Stadium crowd experienced a medical emergency, and that’s when the school’s librarian, Shannon Petty, looked to Crawford for an answer.

With the poise and confidence of a seasoned leader, Crawford took to the microphone and did something many Americans do on a daily basis, but it was extraordinary. He paused for a moment, looked beyond the beaming stadium lights and delivered a prayer that won’t soon be forgotten.

“It only takes one person,” said Crawford. “One person stands up and says ‘okay, I’m going to stand for the word of God, regardless of what people say.’ It’s important that we stand on the word of God.”

The young man’s faith-driven words pierced the cool air and have since landed in the ears of thousands of nationwide listeners. As of Friday afternoon, the footage of his prayer had reached over 85,000 Facebook news feeds and had been shared over 15,000 times via Facebook. Also, multiple national media outlets, including the Christian News Network, have picked up the story.

After cheers fell from the grandstands, the senior class president took his seat with the belief that the moment had passed.

“After I finished praying, that was it, I knew God was going to do his job,” said Crawford. “We had 1,000 plus people there, so I know he heard our prayer, and I got an update on the (victim) and she’s doing fine.”

To Crawford, a member of New Rising Star Missionary Baptist Church in Birmingham, he did nothing more than listen. While others look at him as the guy who delivered tear-inducing words, Crawford sees himself as a vessel that simply relayed information straight from above.

“I cannot take any credit for what God is doing through me for His glory,” said Crawford.

“I’m glad that the video is going crazy right now, but people are saying, ‘You’re famous.’ No, God is famous. It’s not about me at all. It’s all about God, and if God’s fame is being exalted because of what I prayed about, then I’m doing what God has called me to do, and that’s to make a difference.”

Praying in front of a crowd is nothing new for the aspiring future politician. Crawford, who actually opened the commencement ceremony with a prepared prayer, has done everything from teaching Sunday school to delivering speeches to different churches.

His unwavering faith comes from the environment he was raised in. Everyone from his parents to his aunts, uncles and grandparents has instilled in him a passion for Christ.

“I prayed, and the will of God took over,” said Crawford. “When I finished the prayer, I never thought it would get to this.”

Crawford has been asked to present the opening prayer at the Alabama Legislature next Wednesday by local representative Danny Garrett.