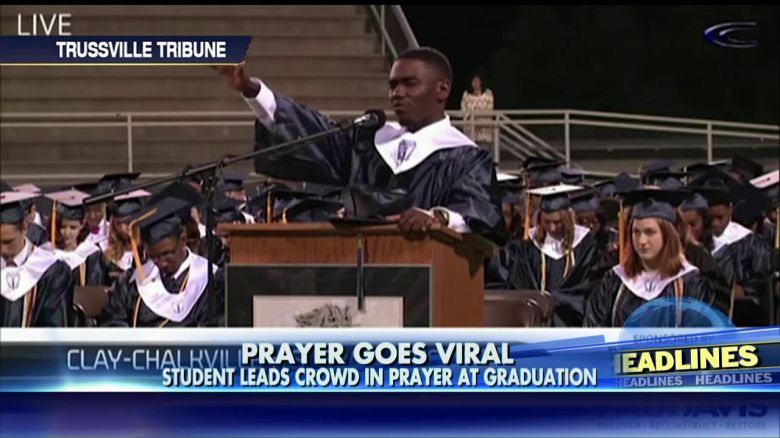 Crawford’s prayer has been seen on numerous television news stations across the country, as well as the national news programs. FOX News Insider broadcast the video Sunday morning and Crawford will be a guest on Fox and Friends Monday at 6:50 a.m.

When the relative of a fellow graduate fell ill, the ceremony paused briefly. That’s when Crawford stepped to the microphone and offered a heartfelt prayer that brought cheers from those in attendance.

The Trussville Tribune video of the prayer ignited social media and drew the attention of media outlets across the nation. Request for permission to use the video have been rolling in non-stop.

“I prayed, and the will of God took over,” Crawford told the Tribune in an interview Friday. “When I finished the prayer, I never thought it would get to this.”

“I’m glad that the video is going crazy right now, but people are saying, ‘You’re famous,’ no, God is famous. It’s not about me at all. It’s all about God, and if God’s fame is being exalted because of what I prayed about, then I’m doing what God has called me to do, and that’s to make a difference.”