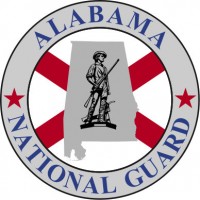 Posted By: Online Editoron: May 26, 2015In: Weld for Birmingham
Print Email

The Alabama National Guard is assembling a team of soldiers to help train forces in Afghanistan in logistics, and a Guard spokesman said the team will likely deploy in 2016.

Thousands of Alabama National Guard troops have served in Iraq and Afghanistan after 9/11, and fewer than 100, most of them with the Birmingham-based 20th Special Forces Group, are in those countries at present. Ten soldiers with an aviation detachment are due home soon from Afghanistan.

Logistics, as defined by the Google online dictionary, refers to “the organization of moving, housing, and supplying troops and equipment.”

U.S. military forces have an effective system of logistics, but Afghan forces are still struggling to establish one of their own. The Associated Press reported this week that the Taliban and some of their allied troops nearly captured the northern Afghan provincial capital of Kunduz in April. The provincial governor said Afghan forces were “without food, fuel or ammunition for days on end.”

“If you can’t get the stuff you need to fight with, you’re just kind of sitting there,” said Col. Curtis Faulk, who heads the Fort McClellan Army National Guard Training Center.

Richardson said Guard soldiers on the training teams worked with their Afghan counterparts “on a lot of different things,” including “military policing and infantry tactics and all the typical things you would expect” fledgling security forces to have to learn.

Logistics “is something that a more mature force looks to learn more about,” Richardson said.