LATEST NEWS
Home Weld for Birmingham On the mayor’s radar 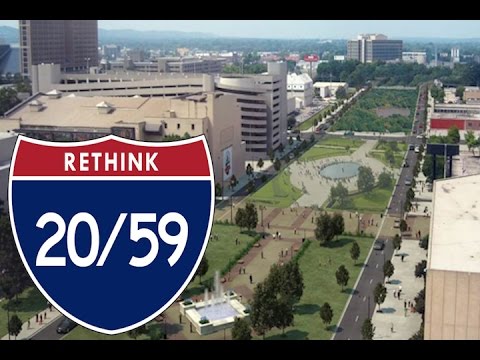 On the mayor’s radar

Posted By: Online Editoron: May 26, 2015In: Weld for Birmingham
Print Email

So think with me for a minute here. Consider the creation of a new gateway into downtown from the west. An east-west boulevard lined with new business and residential construction, renovations of historic properties, and lots and lots of greenery. Tied into the existing street grid, it provides convenient access to points south and north — including those long cut off from the city by their location north of the interstate.

I wrote those words back in October of 2013. Under the headline “Investing in the Future,” I was engaging in some musing about the future of Interstate 20/59 through downtown Birmingham.

Then and now, the status of 20/59 was the subject of contention between the Alabama Department of Transportation, which wants to spend hundreds of millions of dollars to rebuild and expand the interstate in its current location, and opponents of the ALDOT plan. The opposition stems from the belief that there are alternatives that would constitute better and higher use of the public funds allocated to the project, and better serve the city and its future growth and development.

This statement may or may not be necessary, depending upon how often you pick up this newspaper or visit weldbham.com, but I am one of those opponents. In the column in question — one of at least 20 I have written on the subject in the two-plus years since ALDOT’s plan for 20/59 first came to broad public attention — I advocated for demolishing the interstate, rerouting it to the north, along the current Finley Avenue corridor, and replacing it with the street-level boulevard referenced above, which would intersect with the rerouted highway east of downtown, near the Birmingham-Shuttlesworth airport.

While that particular alternative was — and remains — the most desirable in my view, there are others that have been advanced and advocated for, including one that has been in the public realm for more than a decade. That would be the idea of sinking the interstate below ground as it passes through downtown, thus creating the opportunity to create a green space — something akin to Railroad Park North — atop the tunneled roadway.

That idea was first proposed in 2004, as part of the City Center Master Plan that presumably was created to guide the revitalization and development of downtown for the foreseeable future. It has been revived in the current discussion, most notably of late by James Clark, a resident of Norwood, one of the historic neighborhoods where the presence of 20/59 contributed to blight and decline, and which would benefit most from its rerouting or reconfiguration. Clark, a member of the grassroots group Rethink 20/59, has produced the following 15-minute video making the case against the ALDOT plan and in favor of making better use of what he calls “the most important federal investment in Birmingham’s history.”

Meanwhile, opposition to ALDOT has continued to simmer in other quarters as well, and now appears to be picking up renewed steam. Among those is the YMBC Civic Forum, which has passed at least one resolution calling on ALDOT to alter its plans, and now reportedly is raising funds to hire a lawyer to sue the agency for inadequate study of the environmental impacts of expanding the interstate.

Perhaps the best — and, to this point, least publicized — argument for alternatives to the ALDOT plan comes from the Boston-based consulting firm of Goody Clancy. The firm was responsible for developing the citywide Comprehensive Plan that was adopted in 2013. Later that year, as it became apparent that the 20/59 issue had staying power, Mayor William Bell asked REV Birmingham to commission Goody Clancy to study the ALDOT plan and potential alternatives.

The study was completed in March 2014 (you can find it here). The 43-page study does what ALDOT didn’t do. Namely, it looks at 20/59 not simply from the standpoint of the fastest way to move people through Birmingham, but as a once-in-a-lifetime opportunity to fix a decades-old mistake in a way that benefits the people who actually live in the city, especially those who reside in closest proximity to the interstate. In its “review of existing and potential conditions around [20/59],” the firm used four criteria: economic development, community development, urban design and transportation.

The study also used a total of case studies from nine other communities — Boston, Hartford, Milwaukee, New Orleans, Oakland, Portland, Providence, San Francisco and Seattle — with highways that, like 20/59, reached the end of their useful design life. In each case, elevated downtown interstates were replaced, with solutions ranging from parks to surface boulevards to tunnels to relocation.

Goody Clancy highlighted the ongoing revitalization of Downtown Birmingham, which is enjoying “its strongest growth and greatest level of public and private investment in fifty years.” Special note was taken of how public investment in “quality of life” projects such as Railroad Park has spurred private investment that has “helped transform the image of downtown.”

Interstate 20/59 “has long been perceived as a barrier between the Central Business District to the south of the viaduct and the convention center district to the north, constraining connections and development,” the study said, echoing here one of the primary arguments of opponents to the ALDOT plan. Elsewhere, it concluded that the ALDOT plan “likely under-represents the environmental impacts and overall project costs and does not appear to provide a broader evaluation of the impacts of the current design.”

Finally, the study did acknowledge the one undeniable fact in ALDOT’s justification of its plan — that 20/59 through downtown is, quite literally, falling apart and needs to be repaired as soon as possible. But, as the study also points out, it is this same issue that was faced in each of the other “case study” communities where better alternatives were identified and implemented.

From the start of my own awareness of, and commentary on, the 20/59 issue, I have — regularly, and with rare moments of exception — expressed a great deal of frustration with our local leaders, public and private, for their lack of…well, leadership in holding ALDOT’s feet to the fire to ensure that Birmingham’s interests are protected from an agency that demonstrably has no interest in such things. In the same column from which I quoted at the top of this page, I wrote:

[T]here are people to whom ALDOT must be accountable — Mayor Bell, the Jefferson County legislative delegation, Gov. Robert Bentley, and not least, citizens who are concerned about the future of their city. There are means of leveraging that accountability into cooperation on settling on an alternative — and the means of paying for it — that works for everyone, but most especially the people of Birmingham.

As befits his position, most of my criticism in that regard has been directed at Mayor Bell. And, if the outcome of all of this is that ALDOT does what ALDOT wants to do and Birmingham misses its once-in-a-lifetime opportunity to transform the landscape of downtown, he will be deserving of most of what I’ve thrown his way.

Lately, though, I’m hearing that Bell has redoubled his “behind-the-scenes” efforts, and that he is using the Goody Clancy study and other information developed by the city’s planning and engineering staff to make a strong run at pushing ALDOT toward an alternative solution. One source noted that, among other things, the mayor’s renewed push has been prompted by the question of delays that would be caused by the reconstruction of 20/59 has been raised in the consideration of Birmingham for things like the Democratic presidential debate that the city will host during next year’s campaign season.

“But it has never left his radar screen,” the source added. “There have been a lot of meetings, and he has more scheduled, including one in June with Gov. Bentley and [ALDOT director] John Cooper.”

That’s good to hear. Hopefully, the mayor will be able to leverage the information he will present, along with a vision for Birmingham’s continued growth, which will carry the day and result in a truly transformational outcome. Regardless of what other criteria may ultimately be used to judge the Bell administration, that would be a legacy that he — and we — can be proud of.