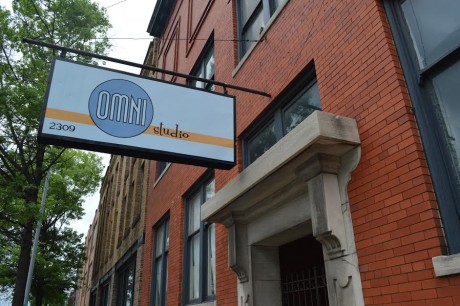 Posted By: Online Editoron: May 27, 2015In: Weld for Birmingham
Print Email

Liesa Cole, who owns and operates Omni Studios in Birmingham, said she has paid more in lawyers’ fees than what the Alabama Revenue Department originally claimed she owed in back taxes. Photo by Cody Owens.

Two years ago, Birmingham-based commercial photographer Liesa Cole was contacted by the Alabama Revenue Department and ordered to pay six years’ worth of back sales taxes.

The problem, however, is that commercial photography is a profession that has been exempt from sales taxes in Alabama because they provide a service, not a taxable good, according to Cole, who owns and operates Omni Studios in Birmingham.

“I’ve been doing this for over 20 years,” Cole said. “It’s just the industry standard. We are a professional service. We don’t sell any goods. We license usage of images and we’re not open to the general public. So why am I just now being audited and told I need to pay back six years of sales taxes?”

Cole said that the audit came without warning and caught her completely off guard. “It would be one thing if the Alabama Revenue Department wanted to change it from here on out, but to come in and put us in a hole like this is outrageous,” Cole said.

She argues that the state is strapped for cash and the Revenue Department is looking for ways to exploit the language in the tax codes to get more revenue for the state.

Right now, the Revenue Department is ordering Cole to pay $28,000 in back taxes. “This is a new and radical twist on taxes,” Cole said, “one that is financially disastrous for small business owners like myself. If it can happen to me, the state can do this to anyone and that is what scares me the most.”

Commercial photographers, like Cole, typically work with advertising agencies and consult with them about how they would like an advertisement to look. The photographers then take photos and license the images for use. Omni, for instance, does not have a storefront in which pictures are sold, despite claims made by the Alabama Department of Revenue.

Cole is a renowned photographer, who has received national and international recognition and awards. She said that she has always tried to be a good ambassador for the state and has never tried to cheat the system. Now, she said she is being “punished for something I was never required by the state to do.”

Cole is not alone. Edward Badham, another commercial photographer in Birmingham, said he too has been audited by the Alabama Revenue Department and is being told he needs to pay six years of back taxes as well.

“The auditors took six years of my gross receipts and sent me a bill with 4 percent state taxes, plus penalties, plus interest, plus some kind of negligence fee. So I’m being penalized for a penalty I was never told I had to pay,” Badham said.

The bill initially came out to be $46,000, but since he hasn’t yet paid the bill, it is up to $48,000 now because of more penalties added on by the state. And like Cole, Badham said this has completely devastated his business.

“I filed my appeal with the state and I haven’t heard anything back yet. That was on Dec. 21 of last year. All I’ve heard back is my monthly statement telling me how much I owe,” Badham said.

Badham said he is in a holding pattern until the court rules on Cole’s case against the state.

Badham and Cole both said that this would set a dangerous precedent for commercial photographers in the state of Alabama. “We already have trouble competing with out-of-state contractors. Now the state wants us to tell our clients we are going to start charging 10 percent sales tax because the state is strapped for cash?” Cole said.

What is even more frustrating for Cole and Badham, is the fact that commercial videographers are still exempt from paying sales taxes. “It’s a totally arbitrary distinction to say still photography should be taxes but motion photography can still be exempt from sales taxes. It doesn’t make any sense,” Badham said.

Last Thursday, Cole had her case appear before Jefferson County Circuit Court Judge Houston Brown during a hearing for summary judgment on her case against the Alabama Revenue Department.

“Omni’s summary judgment should be denied,” Jason Paulk, an attorney representing the Alabama Revenue Department, said at the hearing. “In this particular situation, what the Alabama tax codes say is that the taxpayer is required to collect taxes on proceeds from tangible products. That’s the law.”

According to Paulk, commercial photographers like Cole, do produce a tangible good that should be taxed. “Their argument that they don’t sell tangible goods to the public does not hold up. We have examples of people who have come in and bought pictures from them,” Paulk said.

Brown, the presiding judge in the 10th Judicial Circuit, then asked to see a receipt and asked how much the picture costs. “I don’t have an invoice for that particular example,” Paulk replied. “They say they don’t need to pay because they’ve never had to pay before. But the complete burden is on them to show this court that we are wrong.”

“I have friends who are commercial photographers,” Brown said, “In fact I have a picture that one of them took hanging in my office that I bought from him. But he doesn’t have a storefront that he sells pictures from.”

Ultimately, Brown did not issue a summary judgment, rather he gave both sides until June 3 to write their own opinions and he would sign one or the other. Initially, the court hearing was set for Sept. 28, but Cole believes this will be resolved before then.

“I think it went really well,” Cole said of the summary judgment hearing. “Even though he didn’t grant us a summary judgment, he seemed skeptical about the Revenue Department’s arguments.”

As for what happens next, Cole said that the real damage has come from having to pay lawyer’s fees for the last two years in order to fight the state. She estimates she has paid more for lawyers than she would have in the back taxes the Revenue Department claims that she owes.

“We have tried every step of the way to negotiate, but the Revenue Department just turns us down without any discussion. They’ve said they will settle and take off 15 percent of what they say we owe,” Cole said. “They’ve been ruthless throughout the whole process.”

The Alabama Revenue Department declined to comment until after the court rules on the case.

“If they can exploit the language in the tax code and retroactively say that we owe them all of this money, who is to say they couldn’t do this to other businesses? It would set a scary precedent in our state. If they win and we have to start paying sales taxes, it’s time to get into another business,” Badham said.

“Every audit they have done has been different. And that’s frustrating. There is no consistency with what they are doing,” Cole said. “With Edward Badham, they captured the entire amount including subcontractors. With me, it was more willy-nilly. Sometimes they charged me for that sometimes they didn’t. I just don’t understand where they are coming from.”