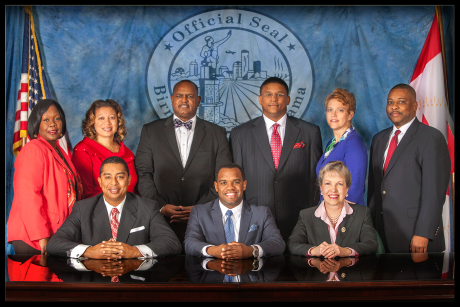 The Alabama Legislature this week took up amendments to the state’s Open Meetings Act, designed to make sure that public business is done in public, even as politicians and judges apparently struggle at times to understand what that law means.

The open meetings law is supposed to make government transparent. It calls for most meetings of any elected or governmentally appointed body, from the state legislature to the city council to the school board, to be open to the public and for advance notice to be given that a meeting will be held. There are exceptions. But it is clear that many elected officials and their legal representatives have different views of when a meeting may be held in secret.

Take the Birmingham City Council and the office of Mayor William Bell. Recently City Attorney Ralph Cook, a former judge, called out the city council over a meeting some members held with developers in which they asked the mayor’s chief of operations, Jarvis Patton, to leave. One exception to the Alabama Open Meetings Act is the so-called “executive session,” which usually involves the discussion of someone’s “good name and character,” but which can also involve discussing matters with an attorney that may result in litigation in the future.

In a lengthy memo, Cook said that there were no legal grounds for the council to hold the meeting in secret. The city council, through its attorney, said council members were perfectly within their rights to ask Patton to leave. The grounds, attorney Freddie Rubio said, as reported by AL.com, were that the council could meet to discuss matters that may become the subject of litigation in the future. Cook, also quoted by AL.com, indicated that what the council did would not meet the statutory requirements of the Open Meetings Act.

If you consider it surprising that attorneys representing the same city government can’t reach the same conclusion about what the Open Meetings Act allows, consider this: The reason the legislature was amending the law this week is because of a series of Alabama Supreme Court rulings that apparently missed the intent of the law and construed it in ways that made it weaker.

That’s the conclusion of representatives of the Alabama Press Association, who not only had a hand in revising the language of the law as it came before the House and Senate this week, but also in crafting the 2005 version of the law in the first place.

“There were some decisions by the Alabama Supreme Court… [that] interpreted it in a way that, in my opinion, was not the way the legislature intended,” said Dennis Bailey, counsel for the APA.

Much of it, he said, came down to how the state Supreme Court interpreted the word “that” in the 2005 statute.

Another big problem in governmental bodies doing what the Open Meetings Act requires is that some of them just don’t educate themselves on that law.

“There are a lot of public boards and bodies,” Bailey said. “Some of them are elected, some are appointed, some are paid, some are unpaid. And the level of training they get is not uniform. The training is there and available, but not all take advantage of it.”

There is training available from associations for school boards as well as the League of Municipalities and the Association of County Commissions, among others. And APA offers a handbook for public officials spelling out the Open Meetings Act and how to implement it.

But that doesn’t get it done in all cases. “Some organizations seem to be less interested in this than others,” Bailey said. “A lot of the problems that I see come from a complete failure to understand many of the ways this statute is supposed to work.”

On the other hand, Felicia Mason, executive director of the APA, believes it’s largely a function of the fact that new people are elected or appointed so often that some of them are less familiar than others. “I believe that most public servants intend to do the right thing in almost every situation,” she said. “There are temptations there — that it’s easier to do things that everybody doesn’t know about. But I believe, and I may be a Pollyanna, I do believe the intent to do the right thing is generally present somewhere.”

Still, Bailey said, “There’s a training issue. There’s a learning curve issue, and it does result in a significant number of these actual violations… just through failure to understand how the law works. And that’s a failure of education or failure to take initiative to read it.”

Alabama’s Sunshine Law worked for decades to keep meetings generally accessible to the public and the press, who cover the meetings on behalf of the public. But it did have deficiencies, Mason said. “The Sunshine Law just lacked definitions,” she said, “like who was covered, what was covered. It was a very generic law —and not a bad law. It just lacked clarity.”

Another notable difference between the old Sunshine Law and the 2005 Open Meetings Act involved what might happen to a government entity if it violated the law, as noted in APA’s 45-page manual on the law for public officials:

“One of the major changes of the OMA to the prior Alabama Sunshine Law is the creation of civil penalties in lieu of criminal charges. There have been no reported cases of criminal charges being brought against voting members under the pre-OMA sunshine law. With the introduction of a civil action – rather than criminal charges — against individual members of the body, it is extremely likely THE ALABAMA OPEN MEETINGS ACT A MANUAL FOR ALABAMA PUBLIC OFFICIALS Page 30 of 45 that more claims will be raised against government bodies and agencies under the OMA. Thus, it is important for members of government bodies to understand their possible liabilities, and more importantly, how to protect themselves against liability (i.e. compliance with the OMA).”

The old Sunshine Law also had fewer exceptions. For example, a body could not meet secretly to discuss the purchase price of a piece of property, which meant that negotiations had to take place in public, Bailey said. And under the Sunshine Law, the Alabama Supreme Court interpreted the statute in such a way that the group would only have to meet in public if there was a quorum of the entire body present, Bailey said.

What the Open Meetings Law says

The exceptions for executive session, as noted in the APA manual for public officials, include closing the meeting to the public for discussions of:

a. General Reputation and Character, Job Performance, or Salaries / Compensation

b. Formal Complaints or Charges Against an Individual or Legal Entity

e. Criminal Investigation and the Identity of an Undercover Agent or Informer

h. Negotiations Between The Body and a Group of Public Employees

i. Discuss and Vote Upon a Public or Contested Case Hearing

Government bodies can’t vote in executive session; they have to do that in public.

The law, as it was written, was designed to cover the conduct of the state legislature and every executive or legislative branch governmental agency, which spends or controls taxpayer funds throughout Alabama at every level. The act also specified that each governmental body has to give notice of meetings “in a place convenient to the public” depending on where the body meets, and within sufficient time to notify people who want to attend, or “as soon as practicable after the meeting is called and in no event less than 24 hours before the meeting is scheduled to begin.”

There were exceptions made for emergencies and meetings held solely to accept the resignation of a public official or employee. Even then, notice had to be given “as soon as practical but in no case less than one hour before the meeting.”

The Open Meetings Act specifically did not include legislative party caucuses or coalitions, state courts “except as required by the constitution of this state or any body governed by rules of the Alabama Supreme Court”; “voluntary membership associations comprised of public employees, counties, municipalities, or their instrumentalities which have not been delegated any legislative or executive functions by the Legislature or Governor.”

“In 2013, the Alabama Supreme Court ruled, in a 5-3 decision, that citizens do not have standing to bring suits under the Open Meetings Act if the civil penalty is paid to the state and there is no allegation of a likelihood of future violations…. This bill would reaffirm that private citizens may bring civil actions under the Open Meetings Act…” and that any money awarded as a sanction against an offending agency be given to the plaintiff, including private citizens.

Under the Open Meetings Act violations of the law can bring civil penalties that can range anywhere from a dollar to $1,000 per violation (or half the annual salary of the members of the body violating the law, whichever is less).

For members of the news media, one aspect of the 2005 law in particular needed adjusting. The law allowed governmental bodies to hold “serial meetings,” Mason said.

“If our members have issues with public bodies, it is generally due to serial meetings,” she said. “That’s where members [of a government body] meet in a situation less than a quorum to make decisions about how they’ll vote before the full body.

“It’s like a wheel. And it’s the spokes in the wheel. A central person will go to one person and another person and they’re essentially putting everything together outside the public with no involvement or even no access for the public. So when you come into a public meeting, you just take a vote. Nobody really knows why it happened, or what happened.”

The law, Mason noted, “specifically stated the entire deliberative process should be public. So that was our main issue.”

“The open meetings act does play a vital role in both the functioning of government and the perceptions citizens have of their government,” said Othni Lathram, director of the Alabama Law Institute. “It is critical that governmental bodies operate in a manner that is as open and transparent as possible. Citizens having access to the same materials considered by public officials and being able to observe the deliberations that lead to how and why decisions are made facilitates a much higher degree of trust in those decisions.”

The ALI provides training and handbooks for public officials that include instruction about the Open Meetings Act, although less prominently than the League of Municipalities and the Association of County Commissions for instance.

The need for open meetings comes down to good government of the people, by the people and for the people, Bailey said.

“You can’t really have a representative government and not have public access. That’s the transparency. Otherwise you’re voting in the dark.

“People really understand what Open Meetings Acts mean when they don’t have one. It’s hard for them to understand how important they are until there isn’t one. People are really very complacent about it. But you can’t overestimate or overstate how important it is. And you really won’t ever understand it until you live in a country where you don’t have the right to know what your government is doing.”