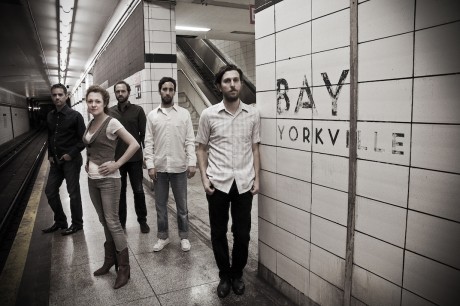 Local shoegaze group Wray bring their wall of sound to Saturn for the first time on Friday for the Happenin Fest pre-show. They’re sharing a bill with Plains, who will be celebrating the release of their excellent jangle-pop album Delicate Living, which will be available that night on cassette. Also performing: Tulsa-based rockers Native Lights, whose ethereal tunes will fit right in with the two Birmingham natives also on the bill.

Canadian folk rockers Great Lake Swimmers imbue their songs with gentle melodies that recall the work of musicians such as Iron & Wine and Sufjan Stevens. The group’s latest album, A Forest of Arms was released in April, and the group will translate its environmentally focused songs — including the inventively titled “I Must Have Someone Else’s Blues” — to the stage at WorkPlay on Friday.

Yelawolf was born in Gadsden, but he traveled around the country doing a variety of odd jobs before finding success with his 2010 mixtape Trunk Muzik. Since then, Yelawolf has honed his particular brand of country-tinged hip-hop with his latest album, this year’s Love Story, finding a surprisingly lucrative, fascinating middle ground between Kid Rock and Eminem.

Bluegrass legend John Hartford died of cancer back in June 2001, but his legacy lives on in the form of newgrass, a progressive permutation of the bluegrass genre which Hartford helped pioneer. On Thursday, Birmingham multi-instrumentalist Sam Pointer will lead a group of musicians — including Herb Trotman and Leo McDermott — in performing selections from Hartford’s discography, including the entirety of his influential album Aereo-Plain.