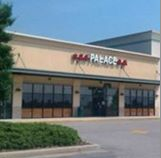 TRUSSVILLE – Pei Yen Sung went missing from the Longmeadow subdivision in Trussville on Friday. On Sunday, one of her coworkers at The Palace took time to talk with the Tribune.

The Palace is a Chinese restaurant located at 5899 Trussville Crossing Parkway, Suite 105.

According to Terry Wang, who works with Sung at The Palace, nothing seemed off about Sung in the days leading up to her disappearance.

That’s when Sung’s coworkers discovered she was missing. The 61-year-old’s neighbor, who also works at The Palace, called the restaurant to see if Sung had reported for her Friday shift, as she had not returned from her daily walk through the neighborhood. Sung’s shift ended at 9 p.m. on Thursday.

Sung, a 5-foot female of Asian descent, has become a noticeable figure for Palace customers for years. She has worked at the Trussville restaurant for over ten years.

“She’s a very likeable person,” said Wang. “She’s touched a lot of people. She’s watched a lot of our current customers grow up from when they were younger. No one has anything negative to say about her. Man, it’s just terrible.” 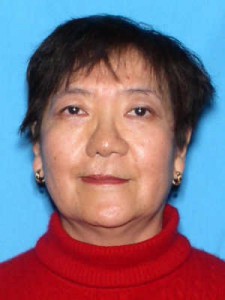 Wang stated that many concerned people have reached out to the restaurant for answers. He said that he would post any new information on The Palace’s Facebook page.

“The toughest part is the unknown,” said Wang.

More information will be provided as it becomes available. Anyone with information on the whereabouts of Sung is encouraged to contact the Trussville Police Department at 655-2101.