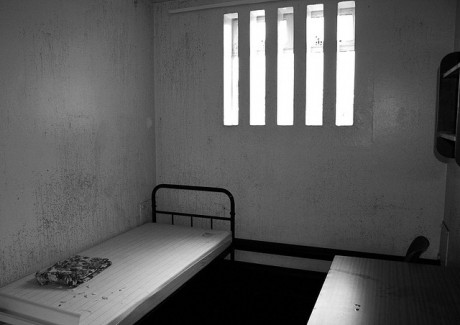 Alabama is one of the few states in the nation that does not have a statewide indigent defender program in place and is one of only a handful of states that does not provide post-conviction counsel to death row inmates.

That means that those in Alabama who have been accused of even a capital crime, but cannot afford legal counsel, are often forced to navigate the court system without the best representation. According to a study conducted by the Equal Justice Initiative, a Montgomery-based nonprofit that helps provide legal representation to indigent defendants, “Of 41 judicial circuits in Alabama, only four have a public defender, of which only one tries capital cases.” Furthermore, the EJI study states that, “In these counties, the attorney did not file a single motion in 72 percent of all felony cases, and did not ask for experts or funds for investigators in 99.4 percent of cases.”

Clayton Tartt, an associate with Birmingham’s Parkman, White Law Firm, believes this to be a critical flaw in Alabama’s judicial system. Tartt is also a volunteer with the Alabama Post-Conviction Relief Project (APCRP), an organization like EJI that works to provide legal representation to those who cannot afford it otherwise.

“Once you are convicted of a crime in Alabama, you can go through the direct appeals process. Once the case makes it to the Alabama Supreme Court, then you have to go back to the original circuit court and file a Rule 32 petition, which is basically Alabama’s habeas corpus,” Tartt explained.

This is often a long and complicated process, and many of those seeking to appeal their cases must do so without proper representation because of Alabama’s lack of public defenders, Tartt explained. Any misstep in the process and the court of appeals may preclude any petition.

Recently Tartt, along with the APCRP, helped to get Chris Revis, a man on Alabama’s death row, a new trial after a lengthy appeal process, which he was initially denied by the Alabama Supreme Court.

“We came in and helped to draft his Rule 32. We drafted an almost 300-page petition and were granted an evidentiary hearing,” Tartt said.

On Feb. 13, Marion County Circuit Court Judge John. H. Bentley ordered a new trial after evidence in the petition pointed to juror misconduct. According to Tartt, two of the jurors in Revis’ 2005 murder trial prematurely deliberated about the case at a Kentucky Fried Chicken in Hamilton, Alabama.

“This was just one particular issue in the 300-page petition we filed. Basically they went out to lunch and talked about how the case was going, which is a big no-no. We had about 40 issues we were litigating but Judge Bentley cherry-picked this one and said, ‘If you’re right about this we don’t even have to see anything else,’” Tartt said.

Tartt said that cases like this happen all over the country, not just Alabama. However, he takes issue with the fact that Alabama is the only state in the nation in which an elected judge can override a jury’s recommendation for a life sentence and instead hand down the death penalty.

“There was an EJI study put out a couple of years ago that showed an increase in judicial overrides in election years. And of course the overrides were in favor of death,” Tartt said.

Since 1976, there have been 111 instances of judicial override in Alabama. Of those instances, 91 percent of the cases resulted in a judge overriding a verdict and imposing the death penalty, according to the EJI study on judicial override.

“Alabama’s trial and appellate court judges are elected. Because judicial candidates frequently campaign on their support and enthusiasm for capital punishment, political pressure injects unfairness and arbitrariness into override decisions,” the study states.

Christine Freeman, the federal defender for the middle district of Alabama and executive director of APCRP, said that because Alabama’s statute does not guarantee post-conviction counsel, indigent defendants are more often than not under-represented and left unable to appeal their cases.

“The main problem is that there is no clear, consistent way in which indigent defendants are appointed counsel in Alabama,” Freeman said. “They don’t have adequate resources in some of these high-security prisons to research their case.”

In Alabama’s current system, not only are indigent defendants not guaranteed representation, but also they are often appointed inept or inexperienced public defenders, Freeman explained.

The need for a statewide system for indigent representation can be felt in the state’s overcrowded prisons, Freeman said. “It’s a difficult, complex area of law. If only the state were to set up an institutional post-conviction defender or support that kind of effort, the process would certainly be fairer and would result in less innocent people being convicted and serving time,” Freeman continued.

However, as it stands right now, Freeman said, there is no legislation slated to amend this nor does she see it happening in the near future. For now, indigent defendants on death row and those trying to appeal their cases on a federal level must rely on nonprofits like APCRP and EJI to help them navigate Alabama’s complex legal terrain.