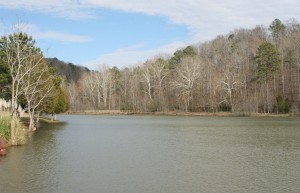 The public bathrooms at the park have been open for just three weeks and vandals have already broken two sinks. The council spent $90,000 to build the bathrooms, and according to city manager Ronnie Dixon, paper products will cost the city roughly $6,000 a year.

These were expenses the city was expecting, but they were not expecting a possibility of people doing hundreds of dollars of damage a week.

There have also been instances of someone smearing feces on the walls. Another issue is from parents placing diapers in the trash inside the bathroom where they can fester throughout the day rather than outside where the air can circulate.

The council is asking residents to help keep the park and the restrooms clean and to report any damage or potential vandals. The council is also considering placing security cameras outside the restrooms and sending city employees in at regular intervals to check on the restrooms so that any damage can be narrowed to a certain window of time, allowing investigators to make a list of suspects for any future damage.

Deputies open the restrooms at 6 a.m. and lock them at dusk.