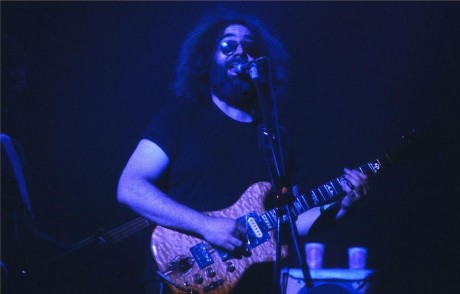 Few bands have been as culturally influential — or spawned such tight-knit communities of fans — as the Grateful Dead. Though the group disbanded after frontman Jerry Garcia’s death in 1995, the remaining members will reunite for one final set of shows this weekend, broadcast all over the world, to celebrate the 50th anniversary of the band’s formation. They’ll be joined by Bruce Hornsby, Phish’s Trey Anastasio and Jeff Chimenti. Saturn will screen three nights of live broadcasts, complete with a one-time only “wall of sound” speaker system that is sure to do justice to the band’s significant legacy.

MeWithoutYou have been a fixture of the alternative rock scene for 15 years and are touring behind their latest album, Pale Horses, which has been heralded as a return to form. The real star of this lineup, though, is Foxing, whose debut album The Albatross is an undiscovered gem that expertly combines the headiness of math rock with the emotionalism of indie folk.

London-based R&B duo Floetry released two critically acclaimed albums of effortless, mood-setting neo soul tunes between 2002 and 2005, Floetic and Flo’Ology, before splitting to focus on their solo careers. Ten years later, with four solo albums’ worth of material between them, Marsha Ambrosius and Natalie Stewart have picked up where they left off.

Chew haven’t been playing together for very long, but already the Atlanta trio — featuring drummer Sarah Wilson, bassist Brandon Pittman and guitarist Brett Reagan — has carved out a particularly strange sound that’s hard to pin down. On their accurately titled single “Melt,” for example, the band glide between spaced-out psych rock, glitchy electronic music and acid jazz in the space of five minutes without breaking a sweat. Watch the trio accomplish those sonic acrobatics in a live setting when they perform at the Firehouse alongside nnAnn and the Secret Midnight Band.

Stillwater Pub is turning six years old this month and is planning to celebrate in style with a two-day celebration featuring plenty of local music. Friday will feature music from Birmingham jam band Festival Expressions. Saturday night, meanwhile, will showcase music from psychedelic funk group (and, judging by their name, Star Wars fans) The Dagobah System, who have hinted at premiering brand new music, as well as a few special guests.