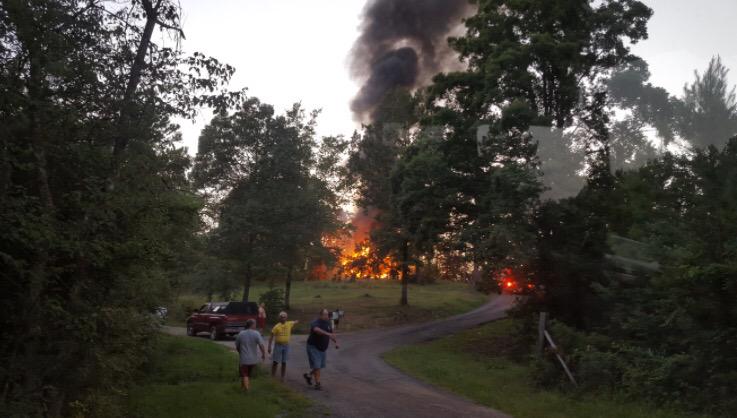 PINSON —Two Jefferson County residents were unaccounted for after Palmerdale and Center Point fire personnel responded to a house fire on the 2000 block of Goodwin Road around 8 p.m. on Thursday, according to Fox 6 News.

The blaze was under control by 11 p.m., but firefighters remained on the scene overnight. The residents of the home were located Friday morning and told authorities they were not home when the fire broke out.

Two people unaccounted for after this huge house fire on Goodwin Rd in Palmerdale. Live reports on @GoodDayAlabama pic.twitter.com/SxTOF0gqhe

Palmerdale assistant chief Richard Archer told Fox 6 that the homeowner’s truck was at the home, but fire and rescue personnel had not located the owner.

The scene is in a heavily wooded area, according to the television station, and crews were waiting for daylight to be able to fully search the home for the cause of the fire.