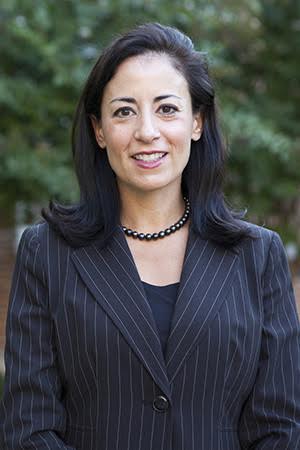 In Alabama, HIV/AIDS is most severe in the Birmingham-Hoover area. BAO, AIDS Alabama, Aletheia House with Jefferson County HIV/AIDS Community Coalition will provide high-impact prevention strategies for people of racial and ethnic minorities in that area through the Birmingham Comprehensive High-Impact Prevention (B-CHIP) Project.

According to the Alabama Department of Health, approximately 14,426 Alabamians were living with HIV in 2012, including residents who were unknowingly HIV-positive. In 2010, Alabama had the highest death rate of diagnosed HIV individuals than the US average.

Betsy Bugg Holloway, chief marketing officer and professor of marketing for Samford University, will be discussing Samford’s plans for marketing and branding at the American Advertising Federation Birmingham’s July luncheon. Previously, Holloway held the Dwight Moody Beeson Chair of Business and was the Professor of Marketing for the Brock School of Business at Samford. In addition to CMO, she teaches undergraduate and graduate courses, and serves on the board of directors for the Public Affairs Research Council of Alabama (PARCA), Rotary Club of Birmingham, and Scholarships for Kids—to name a few. The luncheon will be at Samford University’s Pete Hanna Center (800 Lakeshore Drive Birmingham, AL 35209) on July 17 from 11:30 to 1 p.m. Tickets are available at Eventbrite.com.

Eighty-five percent of those diagnosed with HIV in the U.S. were young men ages 13-24, and the center provides support, youth activities, HIV prevention services, advocacy efforts and a safe, accepting environment for members of the LGBTQ community in the same age range. In order to continue supporting LGBTQ through art and expression, the Mike & Gillian Goodrich Foundation has presented the center with the grant for the second year. The Magic City Acceptance Homes and tele-counseling programs were created to counter the issues facing LGBTQ youth, such as: rejection, harassment, and social, behavioral and health-related consequences like substance abuse, unprotected sex and suicide. Some 30 percent of youth suicides are among the LGBTQ community.

The Red Barn, a non-profit equestrian organization established for individuals with disabilities, will be holding a 4-week art series. Riding instructor Danielle Burroughs will be running the event from 2-4 p.m. on July 19, July 26, Aug. 2 and Aug. 9. The art class is open to children 7 and up, and parents are invited to attend—though it is not required. All four days of the art class is $25. For more information or to enroll, email: Katherine@TheRedBarn.org.

Hoover Library celebrates Sci-Fi and Fantasy with a Festival

Hoover Library will be breaking out all things geek-chic at its Sci-fi and Fantasy Festival on Aug. 1 from 10 a.m. to 8 p.m. The event will entail discussion panels on role-playing, table-top gaming, costuming and more. A costume contest and party will cap-off the event, but guests can stay late to play table-top games amongst friends. Author of the Night and Nothing series Katherine Harbour, award-winning novelist Bobby Nash, and Amazon-best-selling author Van Allen Plexico will be appearing at the festival for book signings and discussion. Festival goers will have access to the “Artemis Starship Bridge Simulator Game,” a game that simulates commanding a spaceship bridge by connecting with several computers, all day long. For more information, call: 205.444.7820.