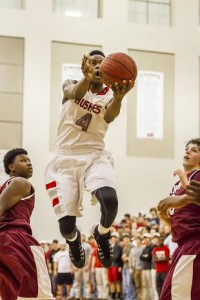 BIRMINGHAM – Former Hewitt-Trussville basketball standout Jarvis Calhoun has stepped away from the UAB men’s basketball program, according to the school.

It is uncertain if Calhoun, who signed with UAB in November of 2013, will transfer to another program or retire from the game all together. He was once the Blazers’ first verbal pledge of the 2014 recruiting class.

Calhoun came off the bench for Haase last season, averaging 0.5 points per game as the team fought its way to the Sweet 16 where it fell to UCLA, 92-75.

All five starters return to the floor next season, making minutes hard to find, even for a player who scored over 2,000 prep points.