LATEST NEWS
Home Weld for Birmingham Back to school with Dr. G. 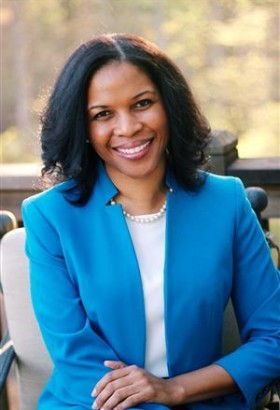 Back to school with Dr. G.

With school starting next week and the uncertainty surrounding the community schools programs in Birmingham, many have wondered how the school district will be impacted.

Kelley Catlin-Gacutan, the superintendent of Birmingham City Schools, said on Monday that parents don’t need to worry, the community school programs, which offer after-school care as well as other programs, will continue to operate the way they always have despite the major cut in funding.

Castlin-Gacutan, (or Dr. G., as her friends and colleagues refer to her) took some time to discuss hopes for her first year, the future of community schools in Birmingham and ongoing discussions with Mayor William Bell over how to fund the programs.

Weld: There has been a lot of talk lately about the fate of community schools programs in Birmingham. Last week you announced they would stay open despite the recent cuts in funding. Could you talk a little bit about why community schools are important and what role they play?

Castlin-Gacutan: In the short time that I have been here there have been a lot of people, both inside and outside the school district, that have expressed their concern over maintaining community schools.

It has a history of about 40 years of serving families and students alike. With that, the more I had a chance to speak with people, and I’m still continuing to learn more, what I have learned is it is important to keep community schools but … really have more robust programs and more accountability measures. I did see a need to continue it but at the same time restructure it.

Castlin-Gacutan: I do not have a plan in terms of what it will look like in terms of the restructuring, but what I can tell you is that as we prepare for the start of school next week, community schools will look very much like they have in the past. There are not any changes. We still have the same sites, we still have our coordinators in place who are facilitators of the program and who work very closely with the schools. None of that is changing. Parents, whatever they have typically done at the start of the school year, that is what they will continue to do.

What I have communicated publicly is that I am beginning to engage various community partners as well as my leadership team to really see how we can restructure the program to meet our best needs. And that process is ongoing. I will tell you I will have a plan within two months that I will roll out publically.

Castlin-Gacutan: Not at this point. I am still engaging the city. Obviously it is our desire to be able to maintain funding at the same levels they have been and wanting to implement more robust programs would require financial support. But I have been talking with the mayor. There will be an update on that very soon, but I am not in a position to speak to that today. But I will tell you I have been hopeful about the need to get more funding.

Weld: Have the discussions with Mayor Bell about the funding for community schools been productive?

Castlin-Gacutan: We have to be committed partners. There have been very positive discussions taking place and which has been reassuring to me. So we will see how it goes.

Weld: You officially started on July 1, how has your first month in office been?

Castlin-Gacutan: I can tell you I am just as excited today as I was the day I interviewed. It’s such an engaged community from the standpoint of partners and school district employees. I have so many people tell me they are ready for our district to move forward in a positive way. And that really helps me stay focused on the work at hand and to move the school district forward. There is a lot of work to be done, but also a lot to be built upon.

Weld: You mentioned before that there is a lot to celebrate in terms of what the school district has been able to accomplish in the last several years. Would you like to touch on some of those achievements?

Castlin-Gacutan: We can absolutely celebrate the fact that last year we had students earn $22 million in scholarships. Our academies have received national recognition. The fact that we have academies in six of our high schools where students can earn workforce credentials before they graduate, that’s something to celebrate and build upon. We need to strengthen that.

This year we are now in a position to have the international baccalaureate program K-12. This is a more vigorous curriculum, it’s a brand that people recognize for high quality and the fact that our students are going to be engaged in that from kindergarten to 12th grade is something to celebrate. Our graduation rate is currently 79 percent. That’s not where we want to be but considering where it was, we’ve made steady progress over the last few years.

Weld: Now that you’ve been in office and had some time to assess the situation, what are some of the biggest challenges faced by the school district?

Castlin-Gacutan: I do see part of our challenge as being that we have not shared our story enough. We need to do a better job of communicating our story and letting people know the work we are doing. We need to make sure we are living out our vision everyday, and that is for Birmingham to be a recognized leader in public education.

We get there by being deliberate about our program offerings and making sure our students are excelling academically. The challenge is to make sure that we have the academic platform to be able to build on that consistently, not just having individual schools achieving at high levels but at schools throughout our district [where] students can be assured they are going to learn at a high level.

Weld: A major reason that Mayor Bell decided to cut funding for community schools was to pay for an initiative he wants to implement in Birmingham, My Brother’s Keeper. What are your thoughts on that program?

Castlin-Gacutan: In reading it, when I think about making sure students are ready for college and career and students are on grade level by third grade, those are key things that we certainly want to happen as a school district as well. I definitely think there will be ways for us to partner and make sure that we reach our end goals.