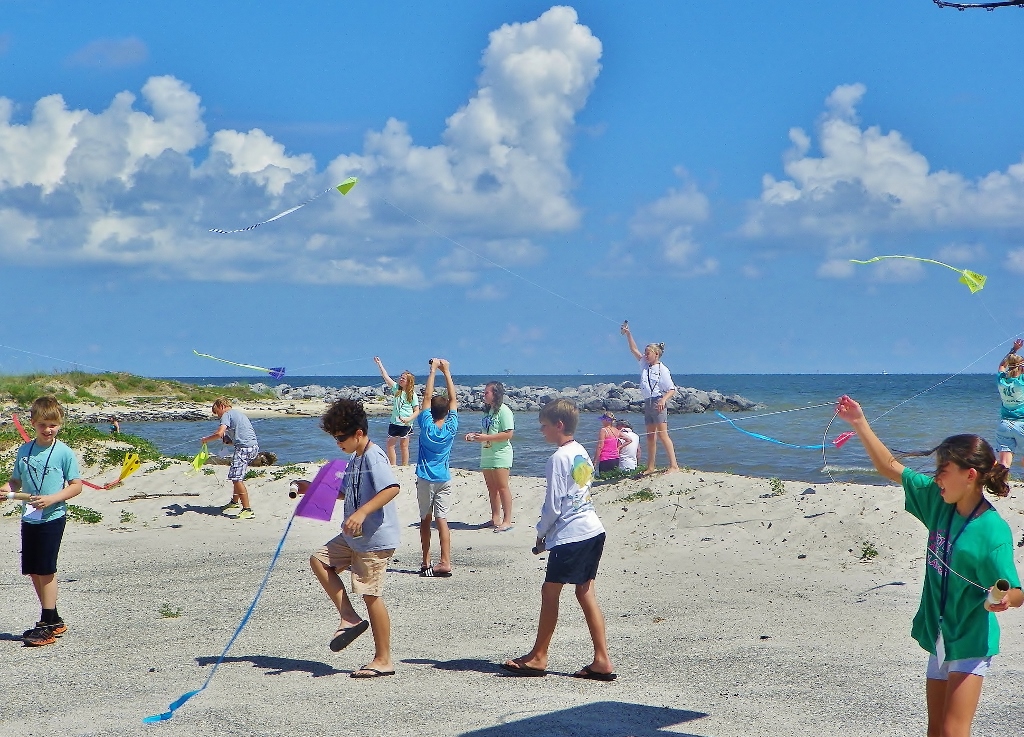 Dauphin Island Sea Lab (DISL) is proving there’s more to upper elementary and middle school summer learning than reading lists. Barrier Island Explorer is a residential camp offered at DISL for rising 5th and 6th graders, giving students the opportunity to learn about the ocean and marine life in a real-life, hands-on way.

From July 26-29, the students who attended this camp, including Emma Sewell and Breanna Stoddard of Trussville, both students at Hewitt Middle School, took part in a variety of activities in order to gain a fresh, personal concept of the ocean and the creatures that live there. Between games and classroom activities, firsthand nature adventures and expressive art projects, participants examined marine life through a wide array of new and interesting perspectives.

Armed with shovels, nets, buckets and sieves, the campers became expert researchers as they explored the coastal wetlands known as salt marshes. They also investigated the shores of Dauphin Island during an evening excursion, observing the wildlife in these habitats and using nets off the docks to catch crabs. On a two-hour boat trip out onto open water, campers at Barrier Island had the opportunity to investigate Mobile Bay from aboard DISL’s research vessel, the Alabama Discovery. They trawled the bottom of the bay in order to catch and examine marine dwellers under the experienced guidance of the Sea Lab’s incredible educators, who explained the traits and roles of each creature while encouraging students to make their own discoveries.

The students expressed themselves and created artwork based on their experiences by designing unique t-shirts and even constructing their own kites, which they later took down to the shoreline to test. Time between field excursions was filled with exciting games, like water relays and a scavenger hunt in the Sea Lab’s Estuarium, where the group got a behind-the-scenes tour of the unique aquarium exhibits.

At Barrier Island Explorer, students were able to learn more about research and how it is conducted in marine science, and they took their own first steps by learning to examine their surroundings to make their own observations. They personally experienced not only the incredible island ecosystems around them, but also a sense of discovery and accomplishment that will encourage a love of learning for years to come.