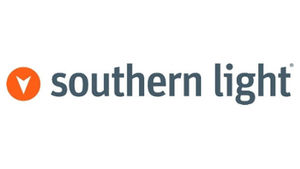 The Trussville City Council entered into a  non-exclusive franchise agreement with Southern Light, a fiber optics company specializing in business and government internet options, tonight at the city council meeting by a unanimous vote.

Southern Light has contracts with a number of municipalities near the gulf coast, where the business is headquarted, but recently more local municipalities, including the city of Mountain Brook entered into a similar agreement with the company.

According to William Hanes, a representative of Southern Light, the company would install fiber optics through the most business-heavy areas of the city such as U.S. 11 and N. Chalkville Rd. At this time, Southern Light does not service residential customers.

The council asked at their Thursday work session, what the cost to the city would be and the benefit. Hanes said the installation and maintenance would not cost the city anything. The city would receive 5% of revenue as with any business in the city. The company would also provide access for all municipal buildings and schools.

The stretch of Interstate in question has been a major area of concern for anyone exiting from Chalkville Rd. onto I-59 in the past, and although it may cause delays temporarily, will be welcomed news by Trussville drivers.

In other city business, the council approved:

– An ordinance to amend the number of Design Review Committee members members to nine members, adding a representative from the Redevelopment Authority.

– A resolution to approve an amendment to the RDA certificate of incorporation.

– An authorization for the Mayor to sign Alabama Power easement to Magnolia Elementary.

– The hiring of Crystal Graves to the Library Page.

– The hiring of James Christopher Slaughter to the fire department.

– The hiring of Stephen Kyle Sanders to the Fire Department.

– The move of Richard Golden to Investigator and a 5 percent pay increase.

– The resignation of Dennis Stripling and William Chris Holmes.

– The resignation of Cla Lowe from the Planning and Zoning Board and Board of Zoning Adjustment.

– The retirement of Gary Vaughn from the fire department.

– The Reappointment of John Copham, David Fuller and Cecil Medders to the Industrial Development Board through July 14, 2021.

– A resolution to declare miscellaneous items as surplus.