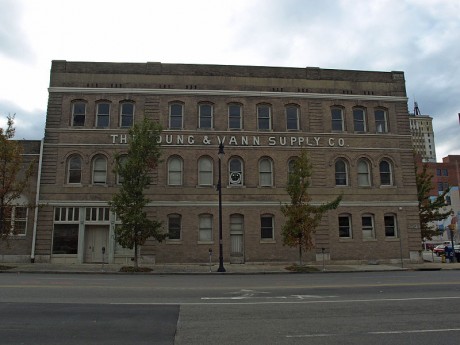 As this week’s print edition was being prepared for press, Weld learned that the Alabama Media Group — publisher of the website AL.com and the thrice-weekly newspaper The Birmingham News — has fired a total of 21 staff members in its Birmingham, Huntsville and Mobile offices. The terminations were effective immediately, according to sources.

In Birmingham, nine people were let go, including Barnett Wright, who came to the News in 2000, and spent much of his career there on the Jefferson County Courthouse beat. Also fired were Jesse Chambers, who covered western Jefferson County (Chambers also is a former writer and editor at Weld), Over-the-Mountain beat reporters Jon Anderson and Ana Rodriguez, Shelby County beat reporter Martin Reed, veteran photographers Mark Almond and Frank Couch, and reporters Melissa Brown and Stephen Dethrage, who worked in the company’s Tuscaloosa bureau, respectively covering the University of Alabama and crime and courts.

The August 18 firings are the latest in a series of newsroom cutbacks dating to 2010, soon after owner Advance Publications consolidated The Birmingham News, The Huntsville Times and The Mobile Press-Register to form the Alabama Media Group. That also began the company’s ongoing transition to a predominantly digital orientation.

Michelle Holmes, vice president of content for AMG, alluded to the company’s business model in an email announcing the latest cutbacks to remaining staff members. Holmes — who at press time had not responded to a request to comment for this story — wrote that the firings were part of “a number of content changes in our hubs across Alabama to allow us to continue to serve our rapidly growing digital audience.”

“We have learned what our audience demands, and are concentrating our resources in those areas,” wrote Holmes, identifying those areas as “significant enterprise and investigative news that informs and supports the public interest; local and state breaking and trending news; high school and college sports; and Alabama life and culture.” She added that the company anticipates “enormous growth and potential in video and continue[s] to hire staff skilled in creating original programming.”

Regarding the firings, Holmes wrote that, “in our quest to ensure a sustainable future for journalism in our communities, we have had to make cutbacks in areas that see smaller audience interest.” She called the decision to make the cutbacks “very difficult.”

“We know many of you will say goodbye to trusted colleagues and friends,” Holmes wrote. “We wish the best for those who leave our organization today and thank them for their dedication and good work.”