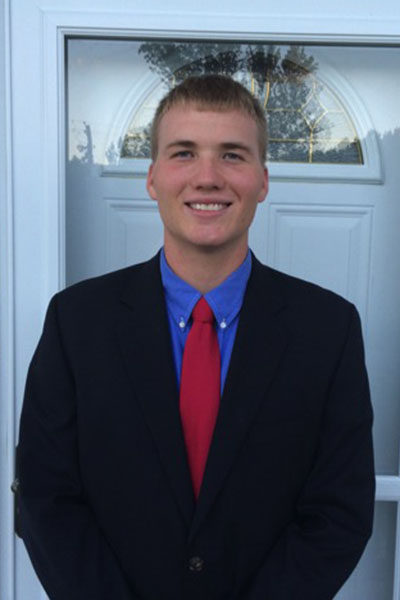 Fuller won the prestigious Boren Scholarship and will study Arabic in Jordan next year.

By Edwin Smith
Special to The Tribune

OXFORD, Miss. – A Pinson native and  University of Mississippi student majoring in Arabic is the recipient of a prestigious Boren Scholarship from the U.S. Department of State. 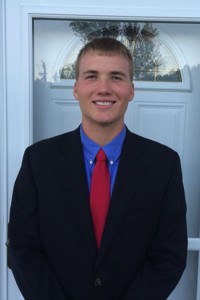 Fuller won the prestigious Boren Scholarship and will study Arabic in Jordan next year.

Corey Fuller will study the language in Jordan this fall. Fuller, whose award covers up to $10,000 per semester, plans on using the funds to cover all the costs of studying abroad that his ROTC scholarship does not cover.

“I am truly thankful for all the people who have helped me through this process and to the Boren Scholarship people for allowing me to broaden my Arabic language skills and greatly enhance my readiness for service in the U.S. military,” said Fuller, who has a minor in military science. “By receiving this award, I will be able to focus more on my studies rather than how I will be able to pay for the language immersion program. This scholarship truly relieves the financial burden I would have incurred if I had not received it.”

Fuller is the 17th UM student since 2000 to earn a Boren Scholarship to advance his or her language skills while studying abroad. This is the first Boren award to UM for Arabic study.

“The Boren Scholarship to me is a culmination of all these awards because I believe it is my past experiences that made me competitive for the scholarship,” Fuller said. “All my scholarships and awards I have received in academia have either been from the university or Army ROTC. I am glad to see that I can compete in a broader pool of applicants comparative to what I am accustomed to.”

Following his post-graduation commission as a second lieutenant in the U. S. Army, Fuller is anticipating active duty wherever it may take him. The Boren Scholarship allows him to enhance his readiness by sharpening his Arabic language skills and his knowledge of other cultures.

“We do not know when, where or how the next war will be fought,” Fuller said. “It is my job to be the most prepared I can be because I owe it to the American people and the soldiers I will lead to be the most competent leader. In order to accomplish that, I must be culturally competent and able to effectively communicate, partner, influence and operate in complex joint, interagency, intergovernmental and multinational environments.”

“Determination is Corey Fuller’s greatest asset,” said Allen Clark, assistant professor of modern languages and Fuller’s Arabic instructor for the past three years. “Corey’s determination sees him through those muddy times and keeps him soaring, and pushes him to attempt difficult challenges, such as learning Arabic, a language he is certain to master.

“The Boren Scholarship brings with it great prestige, not only to Corey, but to our program, college and university as well. Needless to say, I am proud to have grown to know him as a person, as well as a young scholar and leader. ”

“Corey showed up at my office with a plan for where to study, what to study and why to study it, and how it all fit into his future plans and commitment,” said Young, former director of the Office of National Scholarship Advisement housed in the Sally McDonnell Barksdale Honors College. “Winning a Boren takes enthusiasm and ambition, but it also takes a lot of hard work and self-assessment. Corey was aces in all areas.”

Any scholarship that provides money for students to study abroad is advantageous for the Department of Modern Languages, said Tim Dolan, director of the national scholarship advisement office. “By allowing Fuller to study the language in the cultural, political and social context in which it is used, it also allows him to experience different styles of education and take in a new culture.

“There are also opportunities to make lifelong friends and foster personal development. Such experiences can make students attractive graduate school candidates or help with the future job hunt.”

Boren Scholarships, an initiative of the National Security Education Program, provide unique funding opportunities for American undergraduate students to study less commonly taught languages in world regions critical to U.S. interests, and underrepresented in study abroad, including Africa, Asia, Central and Eastern Europe, Eurasia, Latin America and the Middle East. Recipients represent a vital pool of motivated individuals who wish to work in the federal national security arena. In exchange for funding, they commit to working in the federal government for at least one year after graduation.