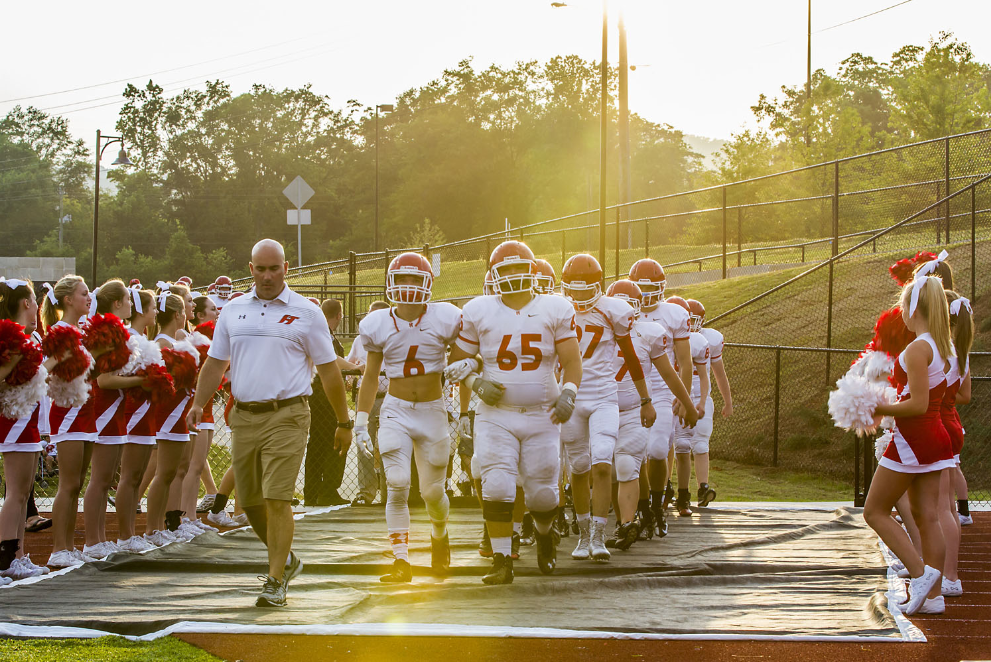 Hewitt-Trussville will open 2015 with an out-of-state visit from Montgomery Bell Academy. Photo by Ron Burkett

TRUSSVILLE — Hewitt-Trussville had a pair of costly special teams mistakes in the first half, and Montgomery Bell took full advantage to a 14-13 lead at the break.

An impressive performance from the Huskies’ offense has been almost lost due to the scoreboard, but both the offense and defense have played exceptionally well thus far.

Sans one short field drive and one big play, the Huskies have been tough defensively.

Montgomery Bell took advantage of a trio of penalties by Hewitt on their first drive, and reached the Huskies’ 22-yard-line before the Hewitt defense buckled down and did not allow any points following a missed field goal attempt.

Hewitt’s offense was stopped on their next drive, and an attempted quick kick from quarterback Zac Thomas was blocked, and Montgomery Bell tackled Thomas at the Huskies’ 20-yard-line.

Three plays later, MBA completed a 19-yard touchdown pass to tie the game at 7-all.

Thomas then capped an 11-play, 80-yard drive with a 25-yard touchdown scamper to take the lead back, but the extra point hit the cross bar.

Montgomery Bell wasted no time, however, as they answered on the very next play with a 69-yard touchdown pass to Montgomery Owen. The extra point was true, and the lead became 14-13 in favor of the guests.

Hewitt drove 76 yards, thanks in part to a pair of 25-yard completions by Thomas and a 21-yard scamper from Street, on their next drive, but a field goal attempt was blocked as time expired.