Tribune in favor of tax for police in Pinson

Taxes are never something anyone wants to talk about, especially if the conversation leads to raising them. The Pinson City Council, however, found that sometimes when the cause is a good one, citizens might just be willing to dish out a little extra cash.

At Thursday night’s public forum, allowing Pinson residents — and some who are not residents — to speak their minds about the proposed 2-cent sales tax increase, the sentiment was mostly positive. 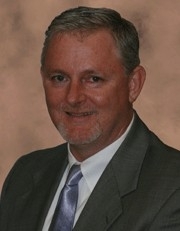 Joe Cochran has proposed a plan to raise sales tax and create a police force.

The sales tax would raise the city’s tax to a total of 10 cents per dollar spent, which is the same as most of the surrounding communities, including Gardendale, Fultondale and Trussville. The city is placing the tax on the table in order to renovate the historic Rock School building and use it for a public library, and to possibly enact a local police force.

The police force idea came about after several members of the community began to worry about recent crime sprees.

Councilman Joe Cochran praised the deputies who work in the city for the Jefferson County Sheriff’s Department, but said a local police force would be easier to control for the city, and allow the citizens more coverage. The vocal audience never disagreed.

In fact, every person who mentioned the idea of a local police force was in favor of more police protection, although some felt the numbers listed in Cochran’s proposal were not quite accurate.

Cochran contends he spent several days gathering data from a number of sources to come up with the figures he presented in the forum. He went on to say most of the numbers he provided were at the high end of the price ranges he found, and the salary numbers were comparable to other cities the size of Pinson.

The opinion of The Tribune is favorable to the idea of local cities creating their own police forces, as long as the funding is available.
Cochran seems to have a solid plan laid out to do both the $1 million renovation to the Rock School as well as fully fund a police department within 30 months.

Our concerns are simply if the figures are correct, and whether shoppers will continue to shop in Pinson when the tax break is no longer available. The Tribune believes a larger, local police presence would also benefit businesses who may want to locate in Pinson, therefore increasing tax revenue as well.

When all is said and done, the money lies in the hands of the Pinson City Council. What they do with that money is up to them, but if the community continues to show interest in how the money is spent — that could make all the difference in the world.