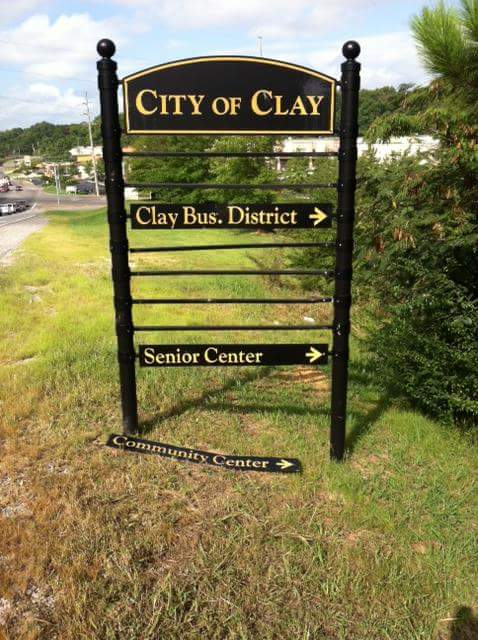 A directional sign at the end of Chalkville Mountain Road has been damaged by vandals.

CLAY — A sign directing those toward city buildings in Clay has been vandalized on a number of occasions, most recently over the holiday weekend. 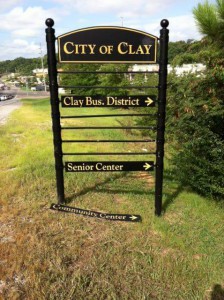 A directional sign at the end of Chalkville Mountain Road has been damaged by vandals. Photo courtesy Pat Feemster

Former city councilwoman Jackie Hambrick filed a police report with Jefferson County deputies on Monday, Sept. 7, in hopes to find out who is responsible for the damage.

The signs, posted by the city to help drivers find buildings such as the community center, library and city hall, have been damaged.

Concerned resident Pat Feemster said the signs are very attractive, and several city officials from surrounding cities have commented to her on their aesthetic appeasement.

Clay mayor Charles Webster said he and his staff are aware of the damage to the sign, and the city is in the process of fixing damaged parts.

“It looks like someone threw a rock at the sign and knocked some of the signs off,” Webster said. “We are trying to fix those and straighten them out.”