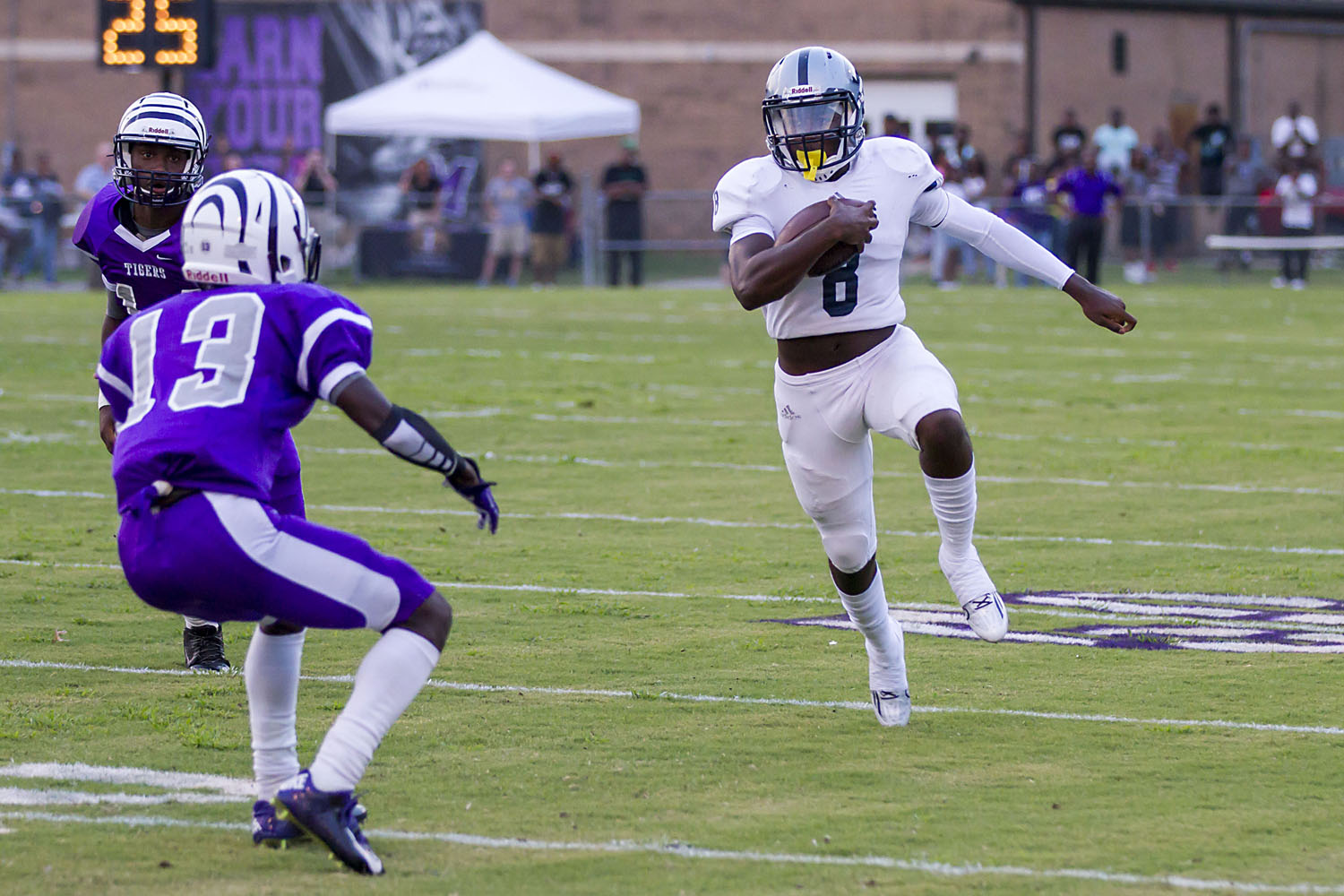 Clay-Chalkville QB Ty Pigrome, who is 18-0 as a starter for the Cougars, will look to get back on track following his ejection from last week’s game in Tuscaloosa. Photo by Ron Burkett

HUFFMAN – Following a major scare in Tuscaloosa, No. 1 Clay-Chalkville (3-0) will hunt down its 19th consecutive win on Friday night against Class 6A, Region 6 opponent Huffman (1-2, 0-1).

The Cougars, coming off a narrow 41-40 victory over No. 10 Hillcrest-Tuscaloosa, will take the field at Huffman High School as a heavy favorite. The hosts opened region play last week against Gardendale, falling 34-6 in Driver Stadium. 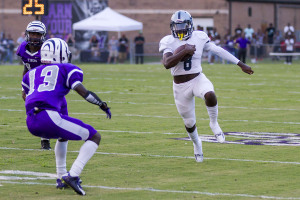 Clay-Chalkville QB Ty Pigrome, who is 18-0 as a starter for the Cougars, will look to get back on track following his ejection from last week’s game in Tuscaloosa. Photo by Ron Burkett

Gardendale’s defense – the same unit that surrendered 352 rushing yards to Hewitt-Trussville on Aug. 28 – stonewalled the Vikings’ rushing attack for 38 yards on 31 attempts. Huffman only managed 98 total yards of offense on a defense that was coming off a 557-yard outing against the Huskies.

Clay-Chalkville hopes to keep the opponent grounded, but will have to get back to form after Hillcrest-Tuscaloosa running back Brian Robinson set a Class 6A single game rushing record on the Cougars’ defense last week. Robinson carried the ball 29 times for 447 yards and four touchdowns to become fifth all-time on the AHSAA’s list of single game rushing leaders.

“Defensively we didn’t play well tonight,” Clay-Chalkville head coach Jerry Hood said following the game. “We tackled terrible and probably some of that is because No. 4 (Robinson) is such a great player. In the first half we got him hemmed up and was going to make it third and five, and we let him out of it, so we’ll learn from this.”

That record-breaking outing was the first sign of trouble for a defense that is in the midst of breaking in nine new starters. Before last Friday, the Cougars had only given up a total of 22 points against two respectable opponents.

Huffman’s defense, which is allowing 19.3 points per contest, will have to find a way to contain arguably the state’s best offense. That won’t be easy with Clay-Chalkville quarterback Ty Pigrome back under center following his ejection last week.