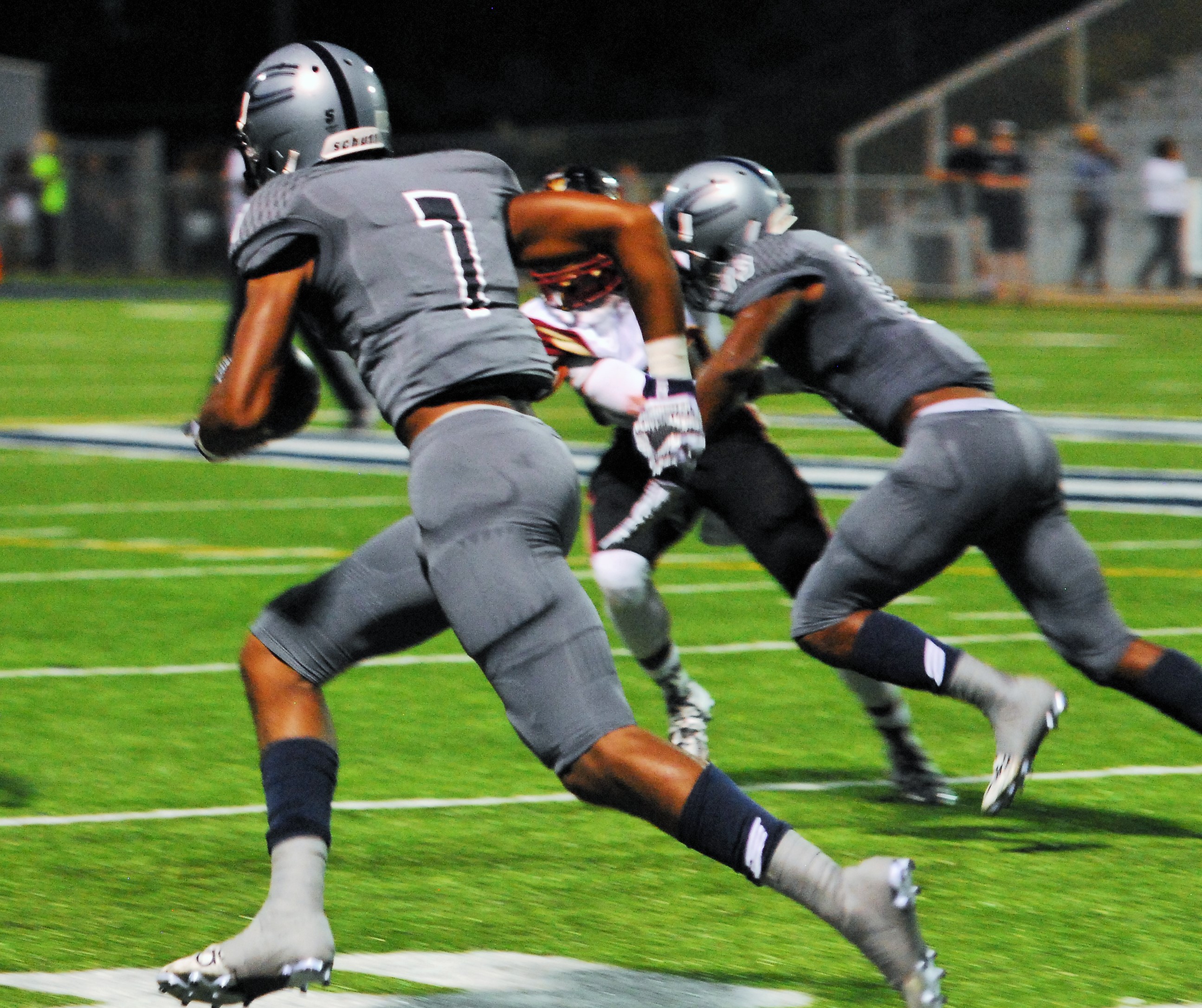 That is what Clay-Chalkville wide receiver Nico Collins had to say about a play that he and his quarterback Ty Pigrome have virtually perfected over the last two seasons.

Collins lines up wide to the left side of the field. Pigrome takes the shotgun snap and takes a small three-step drop that serves as nothing more than to square his feet towards the target. He lofts the ball high in the air towards the corner of the end zone. The rest is history. 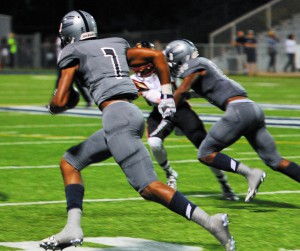 In this particular instance, Collins made the play eye-popping. He initially juggled the ball, before securing it and keeping his feet in the field of play to notch the touchdown and put the Cougars ahead of Pinson Valley 27-3 in a one-sided affair last Friday night.

The fade route has become a staple of the Cougar offense, and turns to gold more often than not. Collins’ tall frame and long arms make him a matchup nightmare for nearly every high school secondary that Clay-Chalkville will face. Pigrome’s ability to put the right amount of touch on the pass enables Collins to use his length to his advantage and go up and over the defensive backs.

Pigrome ended the night against Pinson Valley completing 8-of-11 passes for 245 yards and three touchdowns. Two of them found the waiting arms of Collins (five grabs for 130 yards) and the other was an 80-yard bomb on the first play of the game to Alabama commit T.J. Simmons (two catches, 102 yards).

Another play that highlighted the growth of quarterback and receiver came in the third quarter of the game against the Indians. Pigrome dropped back to pass but was immediately pressured. He made a violent step back move, like you would see on a basketball court, to get away from the defender.

Instead of scrambling, the signal caller stood calmly in the pocket and surveyed his surroundings. Down the field, Collins broke open, and Pigrome delivered a perfect long ball. The end result was a 60-yard touchdown.

The success of that play can be credited to an individual portion of practice: scramble drill.

“We run scramble drill everyday,” Collins said. “When he’s rolling out, we just find the open window and he found me going deep. It was a good play.”

The touchdown was a great example of players applying concepts from practices during the actual game.

“I just did my scramble drill that my coaches taught me. I kept my eyes downfield and made a play,” Pigrome said.

Former Clay-Chalkville running back Darrin Reaves remarked how difficult it is for a quarterback at the high school level to remain calm under pressure and not act on the instinct to scramble out of the pocket and run.

The weapons around the strong arm of Pigrome likely make it easier to stand his ground and trust his eyes.

“He’s probably gotten used to (not having to scramble), because he’s got me, T.J. (Simmons), and (Desmond Williams),” Collins said. “He’s just got to stay patient and wait on the line and wait for us to get open.”

Pigrome was offered a scholarship by Indiana University last week, and more schools could soon come calling if he continues to display the touch and accuracy he showed against Pinson Valley. Collins’ recruitment is also one to watch, as he has received multiple offers from Southeastern Conference schools.

Clay-Chalkville has open date this week, and returns to the field October 2, to take on region opponent Center Point.