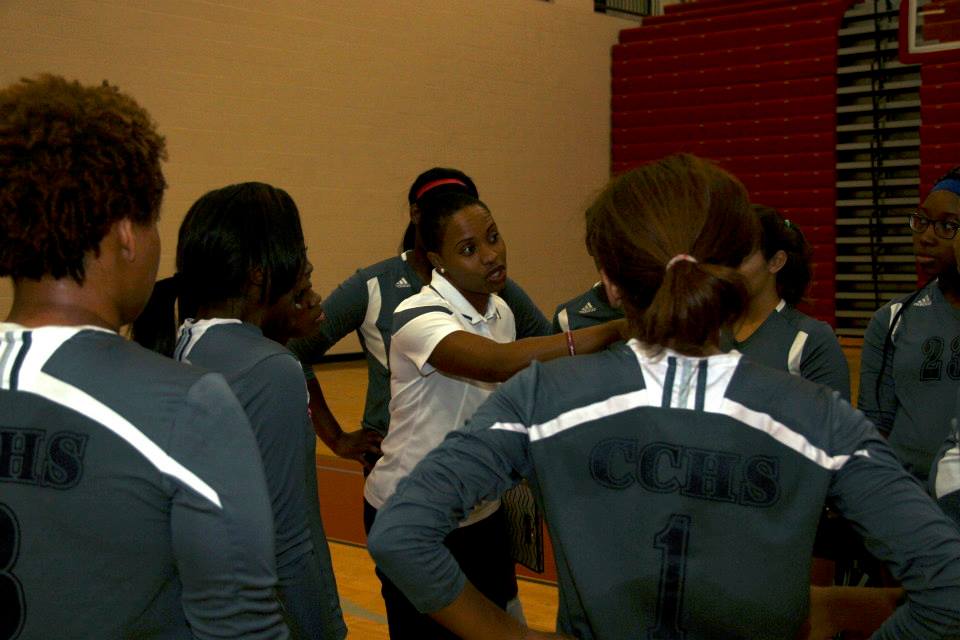 TRUSSVILLE – Rivalry wins are always a little bit sweeter, and there was no exception on Tuesday night when Clay-Cahlkville (14-6, 3-0) captured a 3-0 victory at Hewitt-Trussville (3-8, 0-1).

“It doesn’t even matter what sport, when we play Hewitt it’s always go, go, go,” said Clay-Chalkville libero Raven Omar. “It’s always a good feeling to come out and beat our rivals.” 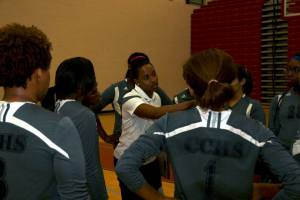 The going didn’t really kick in for the guests until the back half of each set, but when the momentum eventually swung in favor of them, it couldn’t be stopped. Clay-Chalkville ended the first two disputes on 12-2 runs, winning 25-13 and 25-18. They also put Set 3 to bed by rolling off six of the last seven points to end the night with a 25-20 decision.

“I think it’s a mixture of them focusing on execution beginning with the pass and if we’re serving, being consistent and aggressive with our serves,” Clay-Chalkville coach Natasha Brown said. “I think they regrouped from yesterday and came together as a team and played with a lot of energy.”

In the final and most tightly contested set of the night, the Cougars got another late push from sophomore Mekaila Hill and senior Jaszia Bowie. Hill dropped in an ace before Bowie struck down her sixth kill of the evening for the final point of the night. Bowie also recorded a solo block, four digs and as many aces. Hill showed out in the road environment, finishing with a game-high 14 kills. She also notched four digs and three aces.

That Clay-Chalkville pair did much of the same in the second set. This time it was Hill spiking down a pair of aces before Bowie went up for her only block to give her team a 2-0 advantage.

The Huskies led at some point in each set, but could never hit their stride down the final stretch.

“My captains and my whole team have to take ownership,” Hewitt-Trussville coach Katie Riggins said. “I’ve got ten players and between ten girls somebodies got to step up and take ownership of the game, and we’re just struggling with that.”

Two kills and a block from Josie Lyster helped the hosts build a 16-14 lead in Set 2. Lyster finished the game with a team-high five kills. Charyse Swann and Rhianna Tyldesley helped out by combining for eight more kills. Tyldesley added ten digs and a pair of aces.

Hewitt-Trussville would also get a strong showing from Meagan Edwards who went for ten assists, four digs and a block.

For the Cougars, Kardasia Hitchcock slapped down ten kills to go along with La’Cherrie Harris’ six and Briana Brown’s five.

“They played more strategic,” Riggins said of the opposition. “We played harder, they played smarter.”