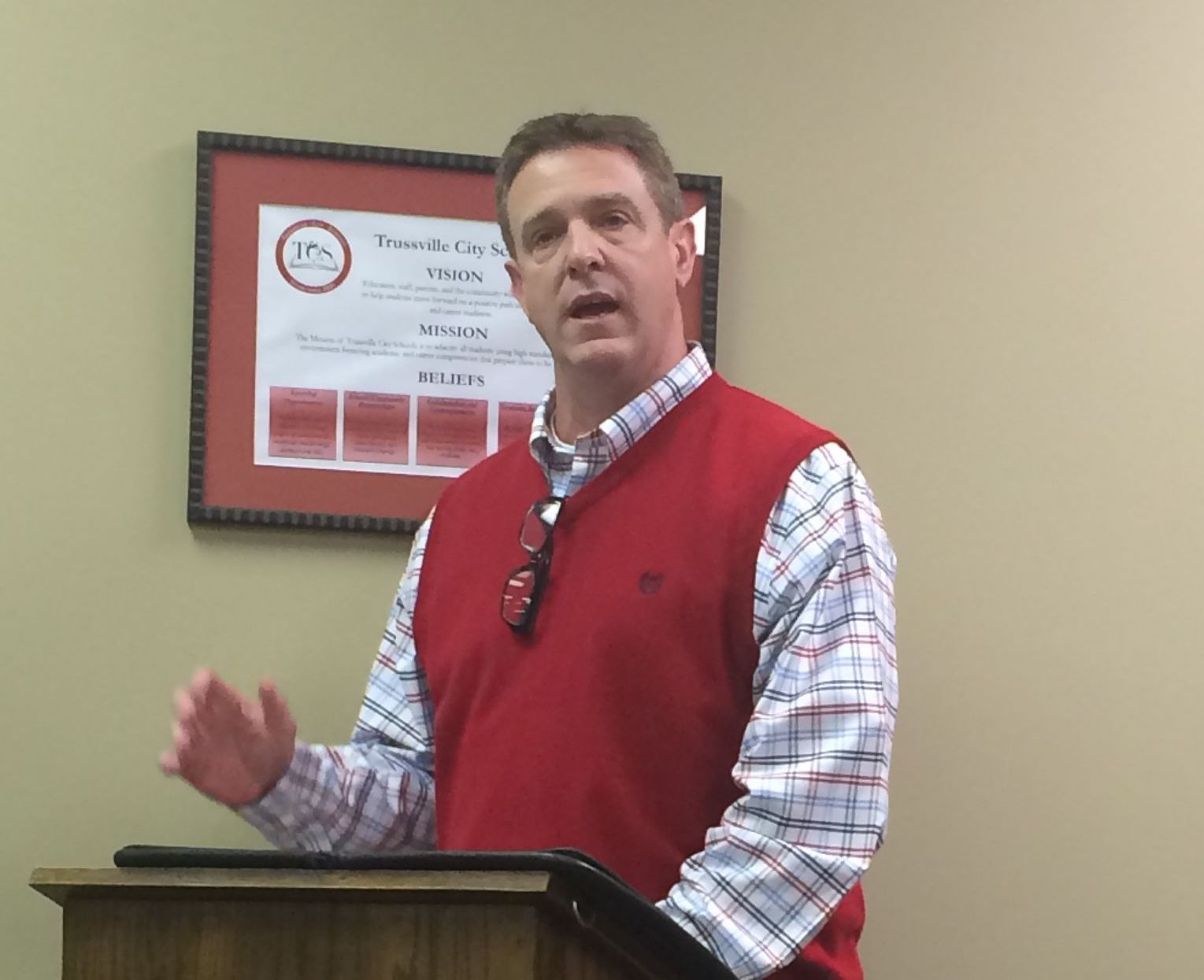 By Chris Yow and Erik Harris

TRUSSVILLE — News broke on Monday that Hewitt-Trussville head boys basketball coach Jim Sanderson was going to be relieved of his coaching duties just five months after accepting the position. Sanderson and a few players within the program have since spoken out about the untimely exit.

“I would just like to say that I’m very disappointed and that’s probably all I need to say for right now,” Sanderson said. 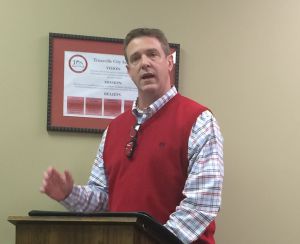 A number of players at every level of the program reached out to The Tribune to express their support for the coach, and spoke about how their relationship had grown throughout the off-season.

Varsity player Sam Frazier said he and Sanderson built a relationship since he was hired during the summer.

“Me and Coach (Sanderson) had a strong relationship,” he said. “He was always pushing me to be the best I could be. He stayed consistent from when he was hired to now. He was always challenging everyone to be their best. Sometimes he might have let his competitiveness come off a little harsh, but we all knew he meant well.”

Alec Julbert, varsity team member, said he never had a problem with the coach. “I feel that he never had bad intentions and never wanted to be mean, he just pushed us harder than some might have wanted.” Julbert was initially placed on the junior varsity team before being moved to varsity. “I was never angry at him because he only did what was best for me and the team.”

Freshman team member Stone Shelnutt voiced his opinion on how he thought Sanderson was helping the program and players to become better at basketball and as people.

“Coach Sanderson is a great coach. He never did anything wrong. He was more committed to making this program better,” Shelnutt said. “On the court, he was encouraging and demanding, but fun. Off the court, he showed interest in non-basketball stuff. He wanted me to be a great person and player.”

Brooks Horton, a player on the junior varsity team, said he would have liked to see Sanderson remain Hewitt-Trussville’s coach.

“I felt like at the beginning of the year, not many players liked him because we’ve never been pushed this hard before,” Horton said. “I think that as the months have gone by, my liking for (Sanderson) grew, and continued to grow, because working hard and pushing myself until I couldn’t go any further just started to become a part of who I am. I’m glad for everything he did, and it’s a shame he had to be let go,” Horton said.

Senior basketball player Josh Monski has seen several coaches in his career at Hewitt-Trussville, including Sanderson who never coached a game.

“It’s unfortunate that so many changes have been made to our program throughout my high school career,” Monski said. “Coach Sanderson is a great coach, and I wish he and his family the best.”

“At the end of the day, it all comes down to the players working hard as a team to overcome adversity and make this season the best we can,” he said.

Sanderson had even made strides with youth league parents and players with the upstart of a 3-on-3 developmental league for youth in Trussville. According to Zach Manning, Trussville Park and Recreation athletics director, the league has 60 players.

“Every parent that I’ve talked to have sung the coaches’ praises and said it’s been a great program,” Manning said.

As this story continues to develop, please follow www.TrussvilleTribune.com for updates as they become available.