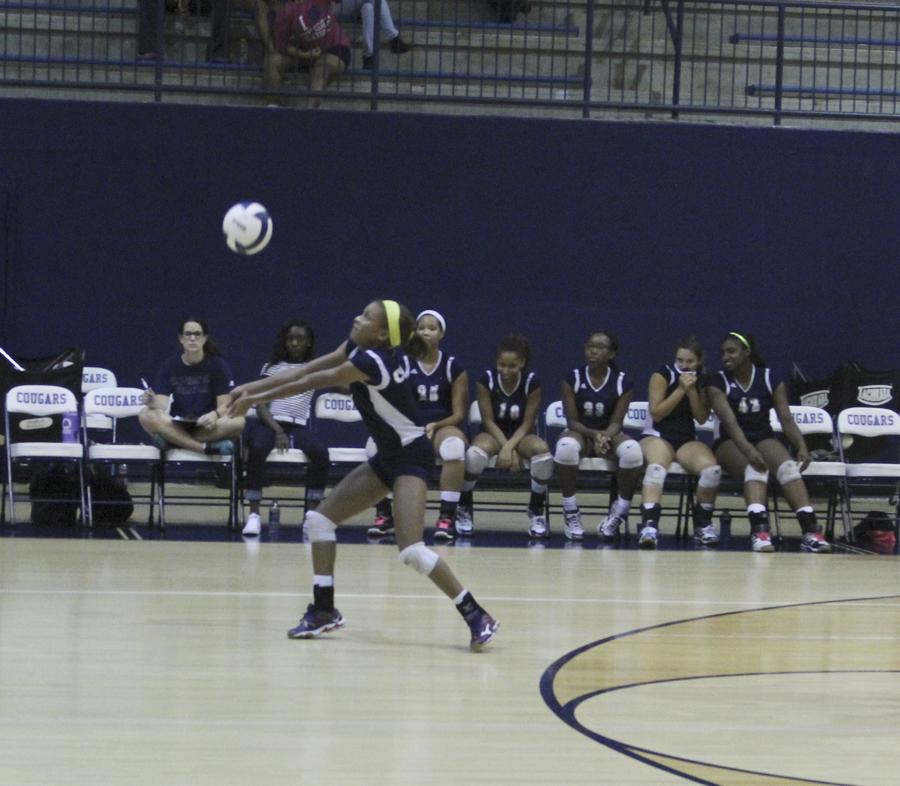 Senior Kardasia Hitchcock and the Cougars have Class 6A, Area 12 under control with a 5-0 record. photo by Chris Yow

CLAY – With two more sweeps of Class 6A, Area 12 opponents this week, Clay-Chalkville remains the undisputed alpha of its league. 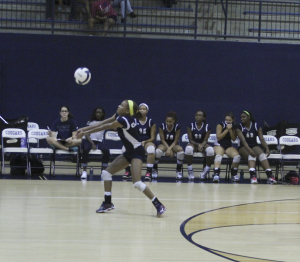 Senior Kardasia Hitchcock and the Cougars have Class 6A, Area 12 under control with a 5-0 record. photo by Chris Yow

The Cougars disposed of Shades Valley on Monday night before downing Huffman on Wednesday to improve to 5-0 in area action and 18-9 overall. Both matches were decided in three sets.

According to the team’s Twitter account, Kardasia Hitchcock, La’Cherrie Harris and Briana Brown combined for a total of 30 kills on Monday night to go along with Annastasia Brackin’s team-high 27 assists.

That was far from the only offense provided by Brown and Hitchcock. Brown matched Mekaila Hill’s seven kills, while Hitchcock posted a team-high 17 points off kills. Brackin stepped in with 34 assists.

On the defensive side of the net, Raven Omar and Payne led the way with 12 digs apiece against the Vikings. Hill sent back three blocks to go along with Harris’ two solo blocks for the night.

They will be back in action today at Oak Mountain for a tri match against the Eagles and Pelham.