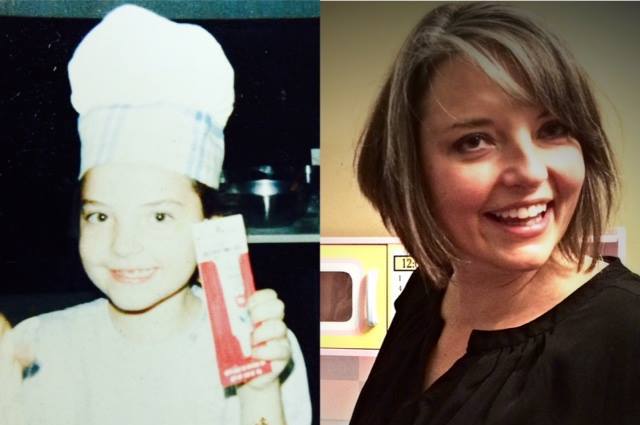 Trussville resident cooking her way to fulfilling her dream

TRUSSVILLE — Childhood dreams can come true. That’s what one Trussville resident says she wants to teach her daughter. To do so, though, she needs a little help from her community. 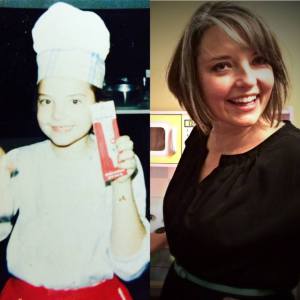 Karen Clark, a Trussville resident, has entered a contest to be a co-host on the Rachael Ray show through dreamjobbing.com.

An only child growing up, Clark had to find ways to pass the time. One of the ways she chose was to cook.

“I loved cooking as a kid, and I was an only child, so I would pretend I was on a cooking show when I would cook to help pass the time. I had an imaginary little sister who helped me in the kitchen,” she said. “Fast forward 30 years, I’m still cooking for fun.”

For some, cooking is more than a way to prepare food to eat, and Clark is one of those who enjoys the difference between cooking to eat and cooking for fun. She promotes a healthy-eating plan and a salt-free diet by using a blend of spices she has actually put on the market to sell.

“Most cooks use salt when they cook, so I think that sets me apart from the other contestants,” she said. “We, as Americans, consume a lot of sodium without even realizing it.”

Clark said the natural sodium in the food is enough for our bodies, and spicing up your food shouldn’t require more salt.

“You can cook without salt and still have as flavorful, if not more, if you use the right blend of spices,” she said. 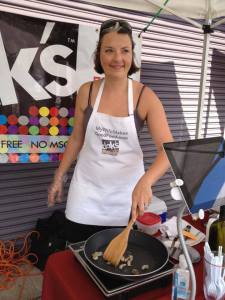 Karen Clark cooking with her own spices. Submitted photo

Clark knows that cooking with Rachael Ray would be a big platform and help fulfill her dream of being on a national cooking show, but she already cooks monthly on Good Day Alabama on Fox 6.

“Cooking on Good Day Alabama is great, but this would help take it to another level, being on national television,” Clark said. “It would make a lifelong dream come true.”

Clark said now that although her daughter is only 18 months old, she is already rummaging around in her play kitchen, and she wants to help  her realize that going after your dreams is worth it.

“I want to show my daughter that it pays off to dream big. If you want something to go after it,” she said. “It’s become even more important to me now to follow this dream.”

The contest will be going on through next week. Clark submitted a 60-second video, and although the winner is chosen by the website, it is very helpful to have likes and comments on her video.

Clark asks that you please go watch the video and comment here: http://dreamjobbing.com/dreamjobs/RachaelRayShow#2022