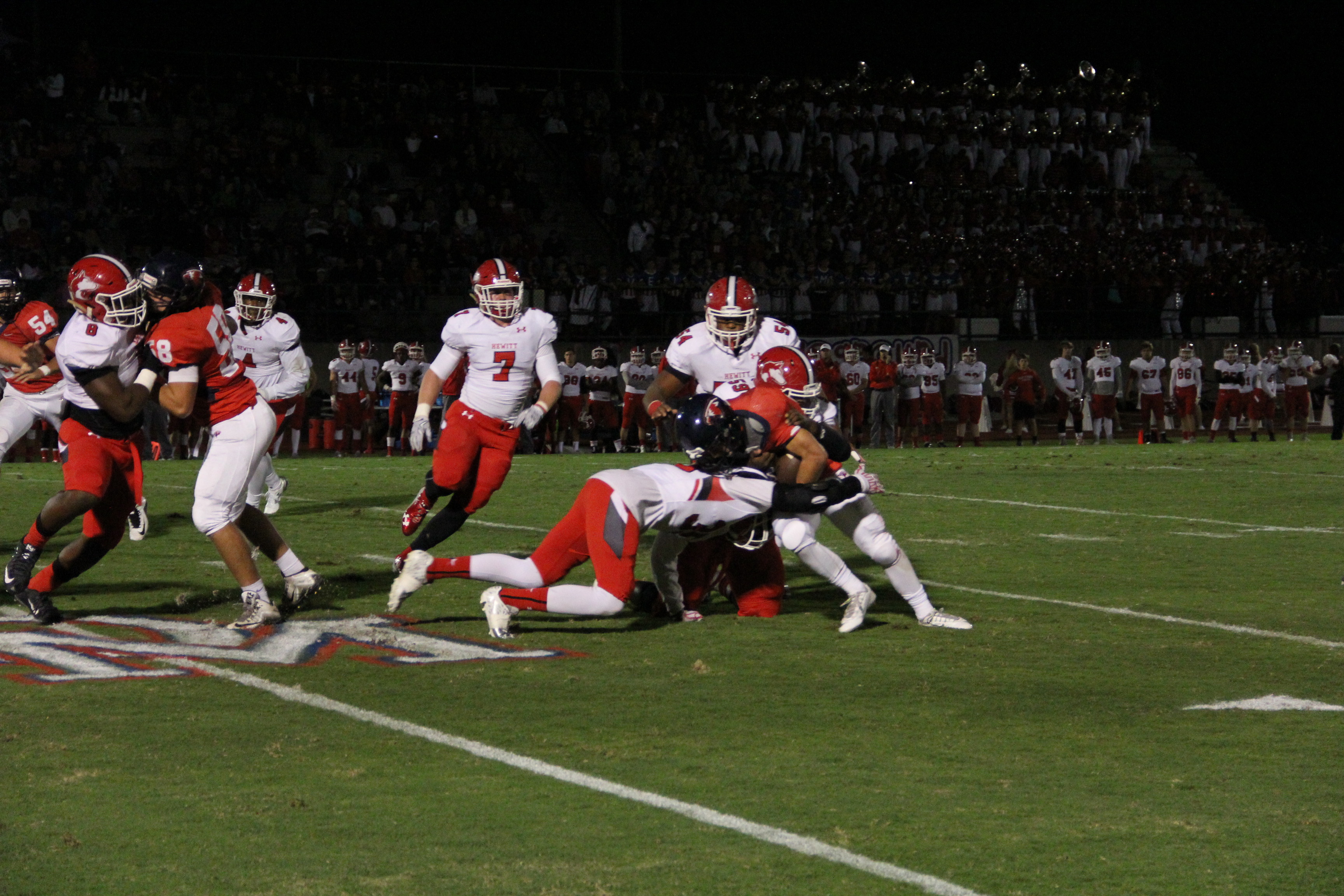 Bailey McElwain (7) and the Hewitt-Trussville defense hope to capture another Class 7A, Region 3 win this week when Thompson comes to town. Photo by Chris Yow

Huskies looking for another region win 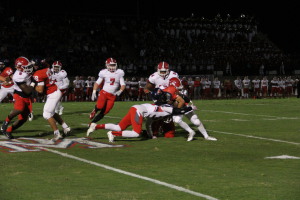 Bailey McElwain (7) and the Hewitt-Trussville defense hope to capture another Class 7A, Region 3 win this week when Thompson comes to town. Photo by Chris Yow

The win vaults the Huskies to 3-1 in Class 7A, Region 3 play, putting them in a three-way tie for second place. But in order to lock up a playoff berth for the second time in as many years under head coach Josh Floyd, Hewitt-Trussville must play well over the next three weeks, with region contests against Thompson, Mountain Brook, and Hoover.

This Friday brings Thompson to Hewitt-Trussville Stadium. The Warriors have gone 1-3 in the region play, including a 23-13 loss to Vestavia Hills last week in a game that Thompson turned the ball over seven times.

However, Floyd told The Tribune’s Chris Yow that the Huskies would not overlook this game, despite an easy 41-7 victory in last year’s game.

“In this region you have to take one game at a time,” he said following the win over Oak Mountain.

Hewitt-Trussville will look once again to running back Jarrion Street to kick-start the Husky Fast offense. The Ole Miss commit was dynamic in last week’s game, rushing for 163 yards and three touchdowns. He also checked into the game in the defensive backfield to slow the tide of Oak Mountain’s offense, which converted five fourth-down conversions.

Thompson’s defense will pose a challenge to the Huskies. The Warriors allowed 15 points to Spain Park – who knocked off Hoover last Thursday – and 14 to Mountain Brook.

On the same token, Hewitt-Trussville brings a big-play defense of its own to the table. Simon Miskelley picked up an interception in last week’s contest and Jalen Williams notched a pair of sacks.

Thompson is an improved team from last year, and should put up a challenge in Trussville on Friday night. But Hewitt-Trussville’s offense should do just enough to get the win. I’ll take the Huskies in a 27-17 win this week.