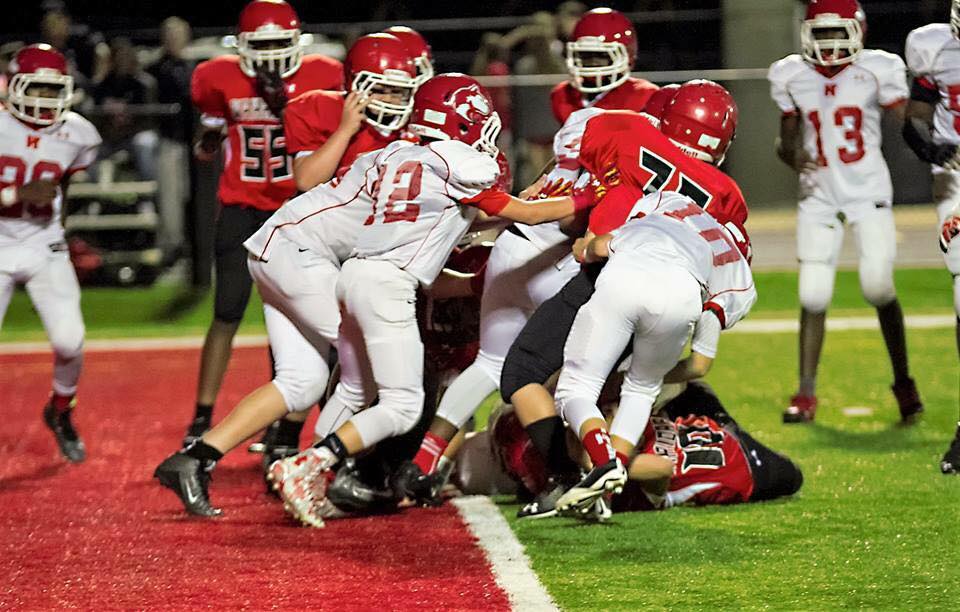 ALABASTER – After a goal line stand at their own 3-yard-line, the Hewitt-Trussville Middle School seventh graders can call themselves Metro champions. 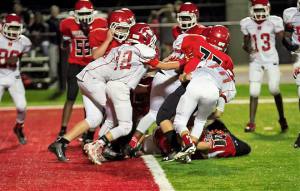 A big night on the ground propelled the Huskies (7-1, 5-0 in league play) to a 54-48 win in the title game at Thompson last week. Coach Bryan Hinds’ offense rumbled for 472 rushing yards on 48 total snaps. All but eight of their offensive yards came on the ground.

Sean Jackson was the definition of a workhorse, carrying the ball 29 times for 369 yards and six scores. Clint Simpson also did his part from the Hewitt-Trussville backfield, finishing the night with 15 rushes that went for 133 yards and a pair of touchdowns.

Although the Huskies built a 26-20 lead to take into the break, Thompson fought back to put the visitors in a come-from-behind situation late. And come from behind they did.

Hewitt-Trussville won the North Division throughout the regular season to earn a clash with the Warriors, who served as South Division champions.