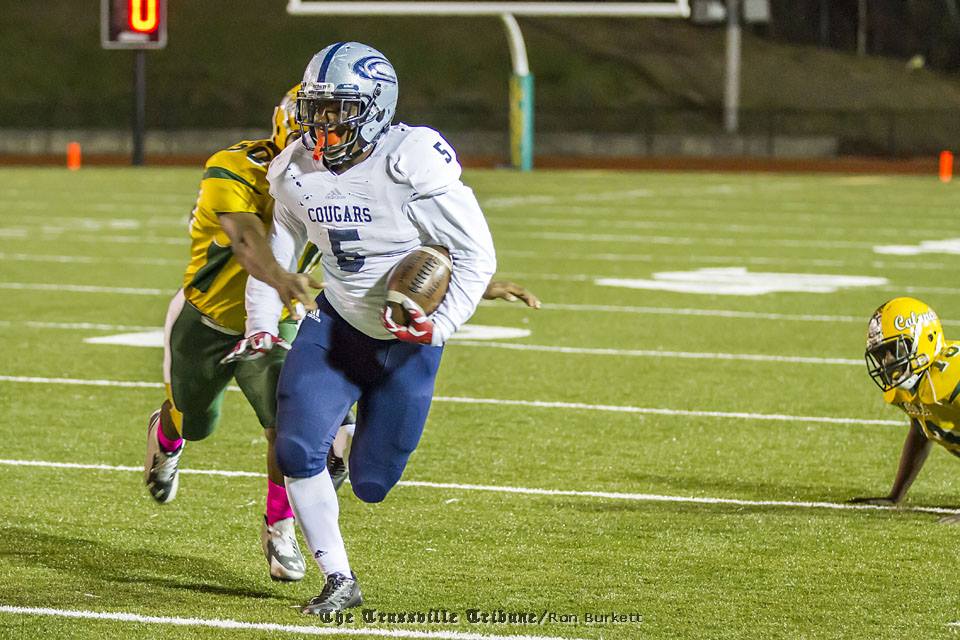 CLAY – History has repeated itself, and if that trend continues, No. 1 Clay-Chalkville will soon be the Class 6A, Region 6 champions yet again. 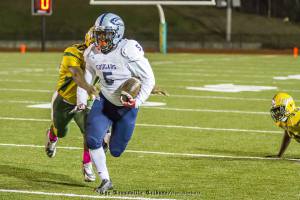 Much like last season, the Cougars will have to get through No. 10 Gardendale to hoist the region championship and earn a No. 1 seed going into the state playoffs. A 97-yard touchdown rush from Terelle West sparked a 45-20 Clay-Chalkville road win in last season’s decisive matchup.

The scenarios are simple: Whoever wins at Cougar Stadium on Friday night earns the region’s top seed. The loser finishes No. 2 in league play, also securing home field advantage in the opening round of the playoffs.

We spoke with Robert Carter from the North Jefferson News to break down the Rockets. Carter sees this game as one of the biggest in program history.

“This game Friday will be probably one of the biggest, if not the biggest in the history of the program, and this is a 50-year-old program,” said Carter.

Carter pointed to quarterback Zack Cupps and a sharp Gardendale offense, which is averaging nearly 38 points per outing, as the strong suit to this team.

“Gardendale has a pretty high-scoring offense. Tye Dunklin is their main running back and he’s a fullback type. He was hurt earlier, but he’s back now,” said Carter.

Cupps, a second-year starter, has shown ability in and out of the pocket in his career. He completed 16-of-26 passes for 269 yards and three scores against Fort Payne last week. Cupps showcased his dual-threat ability with a 32-yard touchdown scamper in the fourth quarter.

“Cupps is the main (weapon). He’s the quarterback and he’s a very good passer,” said Carter. “(Gardendale) will mix it up a lot, but they get a lot of mileage out of their passing game.”

Carter acknowledged Gardendale’s respect for the top-ranked Cougars, but added that there’s no lack of confidence coming out of their locker room.

“They know that Clay’s No. 1 and the best team in the state, regardless of classification, but they’ve got a shot,” said Carter. “They’re unbeaten in the region and they see it as going for a region championship.”